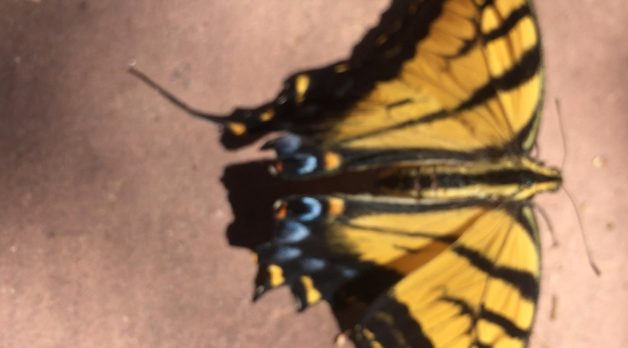 Twenty non-fiction feature film projects received grants totaling $600,000 from the Sundance Institute’s Documentary Film Program in its latest funding round. The grants target projects in all phases of filmmaking, from development to distribution and impact. Disability, feminist history, globalization, grief and loss, and housing inequality are among the topics and, the press release notes, “…eight of the ten granted U.S. films are directed by at least a director of BIPOC. This statistic reflects the fund’s commitment to emerging artists whose voices have historically been marginalized in hegemonic Western societies. Overall, half of the projects supported have international roots in regions that the DFP prioritizes because freedom of expression is at risk, or because of local infrastructures that lack adequate support mechanisms for independent filmmaking. Grants are made possible by the Open Society Foundations, the John D. and Catherine T. MacArthur Foundation, and the Kendeda Fund.

Read more about the press release:

“With this large cohort, the Documentary Film Fund remains true to its commitment to independent storytelling. As we celebrate 20 years of funding hundreds of films, these films are a tangible representation of all that we stand for and value,” said Carrie Lozano, Sundance Institute Program Director of Documentary Films and Artist Programs.

“We are thrilled to welcome this latest cohort of exceptional non-fiction artists to the Sundance family. The selected projects embrace an incredibly eclectic range of cinematic languages ​​that expand the vocabulary of documentary film. But they also share a common denominator, which expresses the spirit of Sundance. These stories take us out of our comfort zone and challenge our worldviews and assumptions by constantly pushing us to do better as a society and as people,” said Paola Mottura, Director from the Documentary Film Fund.

Grants awarded include projects led by two of our 25 New Faces: 2016’s Damon Davis and, from this year’s list, Fox Maxy. The full list of winners follows.

The broken R (Ecuador, Italy)
Director: Ricardo Ruales
Producers: Soledad Santelices / Matteo Pecorara
From the speech therapy process I went through, many questions about the voice arose, about my own voice and how it sounded. An intimate and family portrait that tries to face the search for self-questioning, and especially the questioning of one’s own voice, and to understand it as an identity.

chain of rocks (UNITED STATES)
Director: Damon Davis
Producers: Chris Renteria, Damon Davis
A death row inmate confesses to a crime after claiming his innocence for 30 years. Now an activist who once fought for his exoneration faces the moral dilemma of whether the fight was futile. chain of rocks is an animated documentary feature that explores the complexities of race and masculinity and how they distort our worldview and play a role in oppressive systems.

The past awaits you (Guatemala, United States)
Director: Gerardo del Valle
Producer: Gerardo del Valle
Revisiting the road he traveled as an unaccompanied minor at the age of eight, poet Javier Zamora took it upon himself to confront his past and find out how America’s undocumented powerhouse in the United States has changed over the past twenty years.

invisible (UNITED STATES)
Director: Set Hernandez Rongkilyo
Producers: Set Hernandez Rongkilyo, Day Al-Mohamed
invisible is a cross-platform documentary that follows the story of Pedro, an aspiring social worker who happens to be a blind, undocumented immigrant. Through Pedro’s personal journey, this “audio-based” film reimagines the accessibility of cinema, while exploring the systemic intersections of immigration, disability and mental health.

Waiting for winter (Bangladesh, France, Germany)
Director: Farid Ahmad
Producers: Salma Sonia, Vincent Wang, Christoph Hahnheiser
Bangladesh is the largest delta in the world where floods become devastating every summer. When winter comes, an island emerges on the banks of the Jamuna River and a homeless mother serves as cheap labor there, caught in a system of modern slavery. She fights to break this chain of subjugation.
KENDEDA FUND

eat bitter (Central African Republic, China)
Directors: Pascale Appora-Gnekindy, Ningyi Sun
Producer: Mathieu Faure
During a civil war in the Central African Republic, a Chinese immigrant construction manager and a local African laborer work on opposite ends of the spectrum to build a gleaming new bank. As deadlines draw near, they don’t hesitate to strip the land and destroy their family life to sit at the table of prosperity.

Boiler room (Hong Kong)
Directors: Chan Hau Chun, Chui Chi Yin
Producer: Peter Yam
The documentary tells the stories of a group of subdivided apartment dwellers who have lived in the same building for several years. With little control over their destiny, individuals struggle against an immense repression of time, but thrive with dignity in their daily lives.

The Wandering Master (China)
Directors: Weichao Xu, Weixi Chen
Producers: Jia Zhao, Weicong Xia
After living in seclusion with his books for 26 years, trash-picking scholar Shen Wei inadvertently became a viral sensation through a live-streaming app, where he was revered by millions of followers online. as “Vagrant Master” of China. Overnight fame reintroduced Shen to a society that had once left him behind. When the frenzy suddenly died down two years later, however, Shen found himself caught in a dilemma and began to lose control of his life..

third act (UNITED STATES)
Director: Tadashi Nakamura
Producer: Ursula Liang
On its surface, third act is a biopic that explores Robert Nakamura’s role as the “godfather of Asian American film,” directed by his son, Tadashi Nakamura. But with his diagnosis of Parkinson’s disease, the film asks a complex question: how can a father and son say goodbye?

Dancing on the edge of a volcano (Lebanon, France)
Director: Cyril Aris
Producers: Katharina Weser, Myriam Sassine
A country experiencing one disaster after another. A film crew that overcomes the insurmountable to film their vision of the future of Lebanon. A portrait of Beiruti society in the aftermath of the port explosion of August 4, 2020, struggling to rebuild, resist and ultimately regain life.

hidden letters (China, USA, Norway, Germany)
Directors: Violet Du Feng, Zhao Qing
Producers: Violet Du Feng, Mette Cheng Munthe-Kaas, Jean Tsien, Su Kim
hidden letters tells the story of two Chinese women trying to balance their lives as independent women in modern China while coming to terms with the traditional identity that defines but also oppresses them. Connected by their love for Nushu – a centuries-old secret text shared among the women – each of them transforms through a pivotal time in their lives and takes a step closer to becoming the individuals they know they can be.

I didn’t see you there (UNITED STATES)
Director: Reid Davenport
Producer: Keith Wilson
Stimulated by the sight of a circus tent rising in front of his Oakland apartment, a disabled filmmaker embarks on an unwavering meditation on oddity, (in)visibility and the pursuit of individual agency.

Raze Liberty Square (UNITED STATES)
Director: Katja Esson
Producers: Katja Esson, Ann Bennett, Corinna Sager, Ronald Baez
Miami is ground zero for sea level rise. When residents of the Liberty Square public housing community learn of a $300 million revitalization project in 2015, they quickly discover that this sudden interest comes from the fact that their neighborhood is located on the highest and driest terrain in the city. Now they must prepare to fight a new form of racial injustice – climate gentrification.
KENDEDA FUND