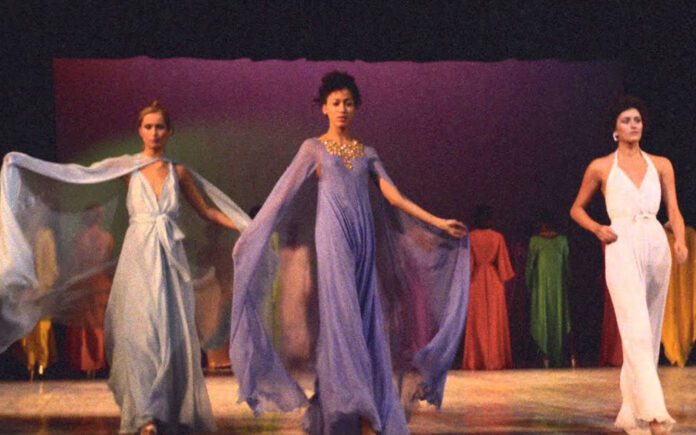 The show must go on: Black Documentary Film Festival returns after COVID

The inauguration Black Documentary Film Festival was scheduled for April 10 and 11, 2020 at the Central Library. A grand opening ceremony and a fashion show were planned to celebrate the feature film “Versailles ’73: American Runway Revolution”, and 20 films celebrating black life and culture were on the program.

And then COVID hit.

After a year of social distancing and virtual events, the Black Documentary Film Festival is gearing up to finally celebrate in person. For two days starting August 13, attendees can choose from 31 films celebrating art, parenthood and exploring the effects of racism around the world.

Hosted by Eric Winston, a filmmaker and former vice president for institutional advancement at Columbia College Chicago, the festival kicks off at 6 p.m. with a reception before the screening of Paul Saltzman’s 2009 documentary “Prom Night in Mississippi.”

The documentary follows a Mississippi high school’s first all-inclusive prom – in 2008. Starring Oscar-winning actor Morgan Freeman, who paid for the prom, the film highlights racial tension in the city following the prom, including a student who worried he would be kicked out of his house for attending.

After the screening, Saltzman and IUPUI Professor Leslie Etienne will answer questions from the audience.

At 8 p.m. on August 14, the public will be able to attend a screening of Deborah Riley Draper’s 2012 documentary “Versailles ’73: American Runway Revolution”.

The film depicts the 1973 battle between American fashion designers and members of the French haute couture establishment, which Draper said she drew inspiration from.

“It’s Paris, it’s New York, it’s beautiful clothes,” Draper said. “There were 12 black women in the midst of that incredible moment in the 70s when the world was changing culturally, and they brought about that change. I wanted to tell these stories.

Each of the films will screen for free at the Indianapolis Public Library’s Central Library beginning at 10 a.m. on August 14. Winston, who lives in Xenia, Ohio, said he chose Indianapolis because of the city’s size and large African-American population. .

“I hope this festival will be on the minds of the citizens of Indianapolis and that they will host the festival,” Winston said in a previous interview. “I hope they feel very good about what the festival brings them in terms of timely and thoughtful films about the African-American experience.”

For more information or to buy tickets, visit ibdff.com.