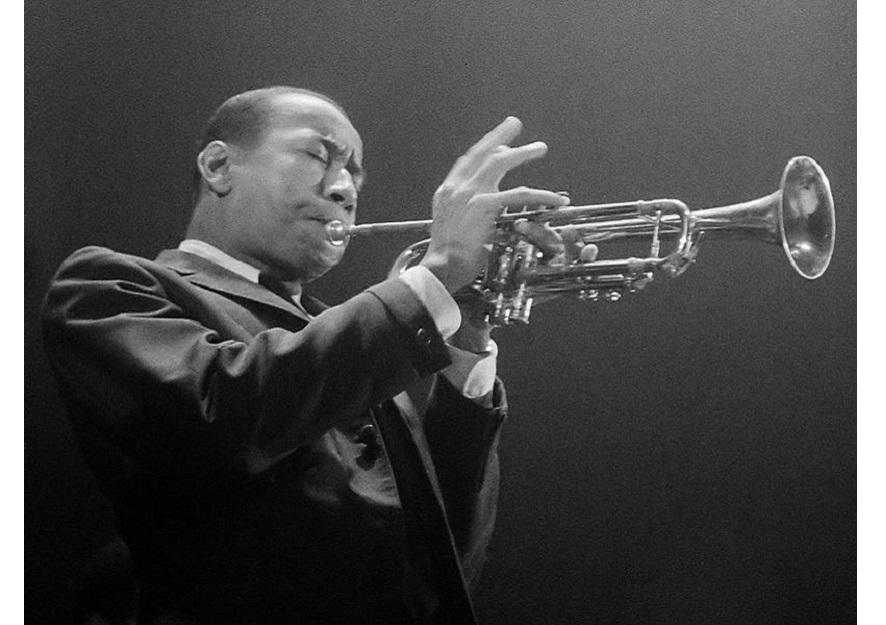 Lee Morgan’s life, though short, was filled with tunes that influenced generations of jazz artists to come. A hugely talented jazz trumpeter, Morgan shot to fame as a teenager, recording on John Coltrane’s legendary Blue Train and drummer Art Blakey’s band before embarking on a solo career.

But along the way, he learned to love drugs and began to struggle with a serious heroin problem. A woman named Helene Moore would save him and later kill him.

In 1972, while performing at a Manhattan, NY club called Slug’s, Morgan was shot dead by 46-year-old Helen, who was his common-law wife. So why would Helen shoot a man she helped clean up, bring back to the top, and loved too?

Born July 10, 1938 in Philadelphia, Morgan became a jazz lover growing up in New York where his family moved when he was young. From his teenage years, he was in love with musical instruments, especially the trumpet. So when his sister gave him one when he was 13, it didn’t take long for a young Morgan to start taking lessons from prominent jazz musicians.

At 15, he was already performing in clubs, mainly on weekends. Within three years he had started recording with influential bands like Gillespie’s Big Band. But it was his recording on Blue Train in 1957 that propelled him to fame in the jazz world, according to one report. He maintained this level of notoriety, recording around 25 albums for the Blue Note jazz label, then playing with well-known bands before becoming a solo trumpeter and composer.

Soon revered as one of jazz’s finest trumpeters of the 1960s, Morgan rose to prominence for hits such as ‘The Sidewinder’, ‘Ceora’, ‘Celine’, and also produced works such as ‘Search for the New Land”, which reached the top 20 on the R&B charts. It was in the same 1960s that he was introduced to heroin. The jazz trumpet player became addicted to the point that he sometimes chose drugs over his music.

By 1967, Morgan was a “full-fledged junkie” and hardly acted anymore. He even hung up his trumpet while “sleeping on pool tables in bars”. It was then that he met Helen, then nicknamed in the jazz world “the little hip square”.

Born in 1926 in Brunswick County, North Carolina, Helen had moved to New York in 1945 after a difficult start in the life and death of her husband. His apartment in New York later became a haven for struggling musicians, many of whom were drug addicts.

On a freezing night in New York, 1967, Morgan came to Helen’s house, “tattered and pitiful”, Helen described in the biography The Lady Who Shot Lee Morgan. “For some reason my heart just went out to him,” she said. From then on, Helen, who retrieved Morgan’s trumpet for him, “took complete control”.

For the next five years, she helped him get off drugs, cleaned him up, and helped restore his career. Morgan had moved in with her by then, and although they were never married, they lived together and were introduced as husband and wife. Helen took his name, became his manager, and helped him through the next few years of his career. Morgan started playing again, released great recordings, and toured all over the United States and abroad while campaigning for the rights of black musicians.

In fact, Morgan, along with Helen, was making a lot of money, and the future looked bright to them when Morgan started seeing another woman, Judith Johnson. He began to demand independence from Helen, who observers said would not let go.

During these difficult times, Helen began to wonder, “Did I love him (Lee)? Or did I think of him as my possession? And I think part of that could have been my fault because I might have started being too possessive or too much of a mother to him. I was much older than Morgan. I thought about it. As I did. You know. I brought you back. You belong to Me. And you’re not supposed to go out there and do that,” she quoted in the book, The lady who shot Lee Morgan.

On February 19, 1972, when she went to see Morgan play a show at popular jazz club Slug’s, Johnson was also there. Morgan and Helen argued between sets. He “threw” Helen out of the club but she came back and shot him. Morgan bled to death as the ambulance was slow to arrive due to heavy snowfall in the city. The jazz trumpet player was only 33 years old.

Helen was arrested and paroled after spending a short time in prison. She returned to her hometown of Wilmington, North Carolina in 1978 and died there in 1996 from heart problems.

A month before her death, she gave an interview to disc jockey and jazz educator Larry Reni Thomas. “I’m not going to sit here and tell you I was so nice, because I wasn’t,” she said in the interview, recalling her days before she met Morgan. “I was the one who is going to cut you. I was lively. I had to be.

A documentary titled I called him Morgan tells the story of Morgan and Helen.