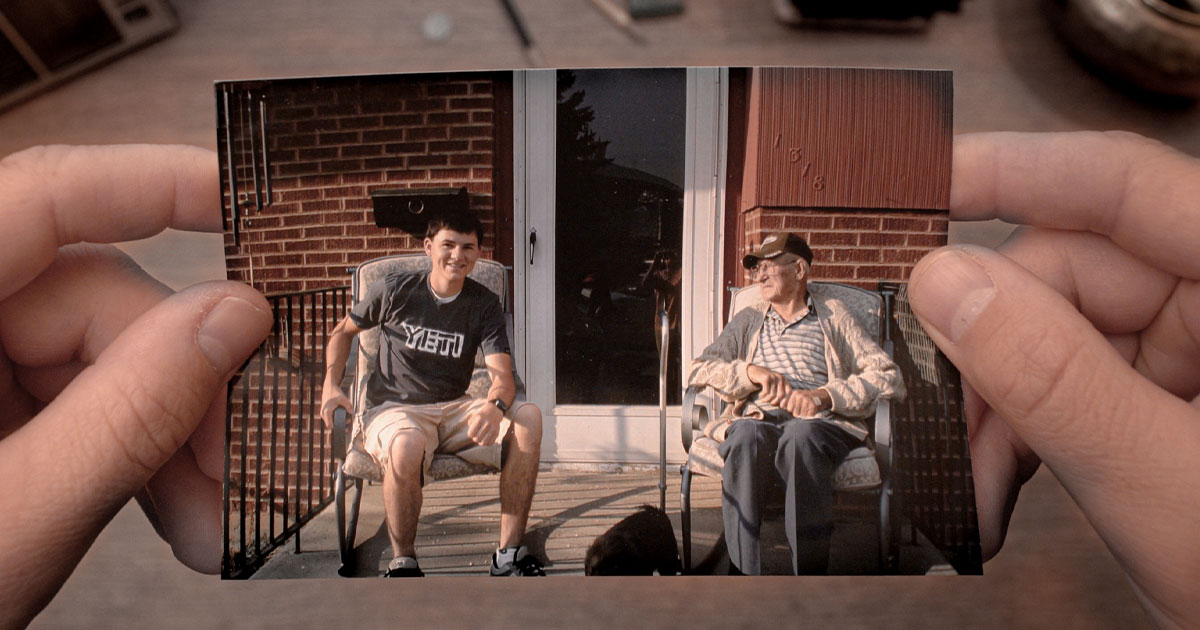 ROCK SPRINGS “How well do we really know someone?” Sometimes even our closest family members keep things to themselves. Who knows why? It may be because they don’t want to be seen any differently, or it’s just too painful to relive a horrible experience by telling someone and they just prefer to forget.

For Mark Pedri and his family, they only knew grandfather Silvio Pedri as “the minor”. They didn’t know Silvio as “the soldier” until after his death and some of his World War II medals, letters, photos and other memorabilia were discovered in his Rock Springs home.

Little did Mark know that discovering his grandfather’s service in World War II would take him and his wife, Carrie, on a 500-mile bicycle trip across Europe to retrace his grandfather’s footsteps. father through all his experiences during the war, which led to the creation of the documentary “Dear Gentlemen”. This documentary went on to receive an award for Best Documentary Feature of this year at the GI Film Festival in San Diego. While Mark is humbled and honored to have received the award, that’s not why the documentary was created.

Advertisement – The story continues below…

Even though Mark and Silvio spent almost every day together for about 10 years before his grandfather died, Silvio never spoke about his time in the war. Mark has discovered that it can be difficult for family members to talk about their experience with other family members, especially a son or daughter. They can sometimes talk about the war with other veterans and sometimes with their grandchildren.

However, some never talk about their service.

Sometime after Silvio’s death, Mark and Carrie moved into his Rock Springs home. Shortly after moving in, they began to find letters, photos, medals, dog tags, and other World War II memorabilia. They first discovered a knife, photos and letters and thought that was it, but as they started reading document after document and going through some photos, a story about Silvio started to appear.

While some objects were organized, others were discovered in random places. The photos were in a photo album, while the government documents were all together and the letters were in another place. However, Silvio’s dog tags were discovered in an old coffee can in a cupboard along with some cleaning supplies.

“All the things on paper were just facts,” Mark said.

While the letters found showed some of the emotions Silvio felt, the whole story still didn’t come out. It was then that Mark and Carrie decided a trip to Europe to uncover Silvio’s story was needed.

The couple have given themselves 6 weeks to travel across Europe to retrace Silvio’s journey. As they continued to travel, some days they found themselves with more questions than answers, but other days they were overwhelmed by the amount of information they uncovered and had to extend their stay in that area to get all relevant information.

“There were places like that where there really wasn’t much left or we couldn’t find anyone to tell us too much. But then there were places where, you know, one thing led to another. another and we had to stay a few more days or some part of the story would come out that we had no idea,” Mark explained.

Mark and Carrie chose to travel to Europe around the same time Silvio arrived there during the war. This way they could experience the weather and landscape as close as possible to how Silvio would have experienced it.

While filming the documentary, Mark and Carrie encountered sub-freezing temperatures as well as rain, snow and other weather conditions while cycling through Europe. They also had to do a few bike repairs along the way. However, that did not stop them from continuing the journey. Just as Silvio had to carry on, they also felt the need to carry on.

“I think we had enough support behind us during the bike race that I think quitting was not an option,” Mark said.

The couple faced many challenges while filming, but none compared to what Silvio faced. They quickly learned where Silvio arrived, where he was captured, which POW hospital he went to, which POW camps he stayed in and which camp he was in when he finally been released.

“I don’t think my grandfather would have thought anyone from his family would go there,” Mark said of one of the POW camps.

The story finally came to fruition and it took Mark and Carrie three years to complete the documentary once all the information was gathered.

Before showing the film at GI Film Festival last week, “Dear Sirs” had screenings in France, Germany and in about twenty cities across the United States. The screenings in Germany and France took place in the towns his grandfather passed through.

“I really didn’t think we would ever win an award,” Mark said. “I think the original goal, you know, after finding the elements and deciding to make a movie, was to preserve its history and honor that history.”

Mark set out with the goal of finding out what his grandfather went through and creating a documentary to preserve Silvio’s story for his close family and friends. The whole theme of the festival was to allow veterans’ stories to be shared. He said the festival truly honors veterans and it’s a great way to meet veterans and their families who are doing the same thing he is: trying to keep veterans’ stories alive.

“What we didn’t realize was that (Silvio’s) story would be universal with other people seeing the movie,” Mark said. “I guess that’s what resonates with them.”

Mark quickly learned that many people attend the GI Film Festival year after year not only to share their stories, but also to learn about each other. It’s a way for them to honor veterans.

Going to something like the GI Film Festival and being recognized for the work, it was really quite an amazing experience that we had.

Mark said that if they hadn’t found all the information about the war that his grandfather saved, the story would never have been told and, like many across the country, lost forever.

What started as a short history of Wyoming turned into a big-screen documentary along with other powerful films. Mark not only learned a lot about Silvio, but also about other veterans who served with his grandfather and their families.

He said that no matter how much research you do, you will never know everything about a person or their experience. After the screenings started, Mark said people approached him with information about Silvio or the war. However, he felt that the additional information he learned would not have changed the documentary.

“The whole process is a journey and I don’t think it will ever end,” Mark said.

The GI Film Festival has made the documentary film “Dear Sirs” and others featured at the 2022 festival available through Monday, May 30, for a small fee. To access videos on demand, click on here. After May 30, residents will have to attend events across Wyoming to watch screenings of “Dear Sir.” Click on here to view the current Wyoming screening schedule.