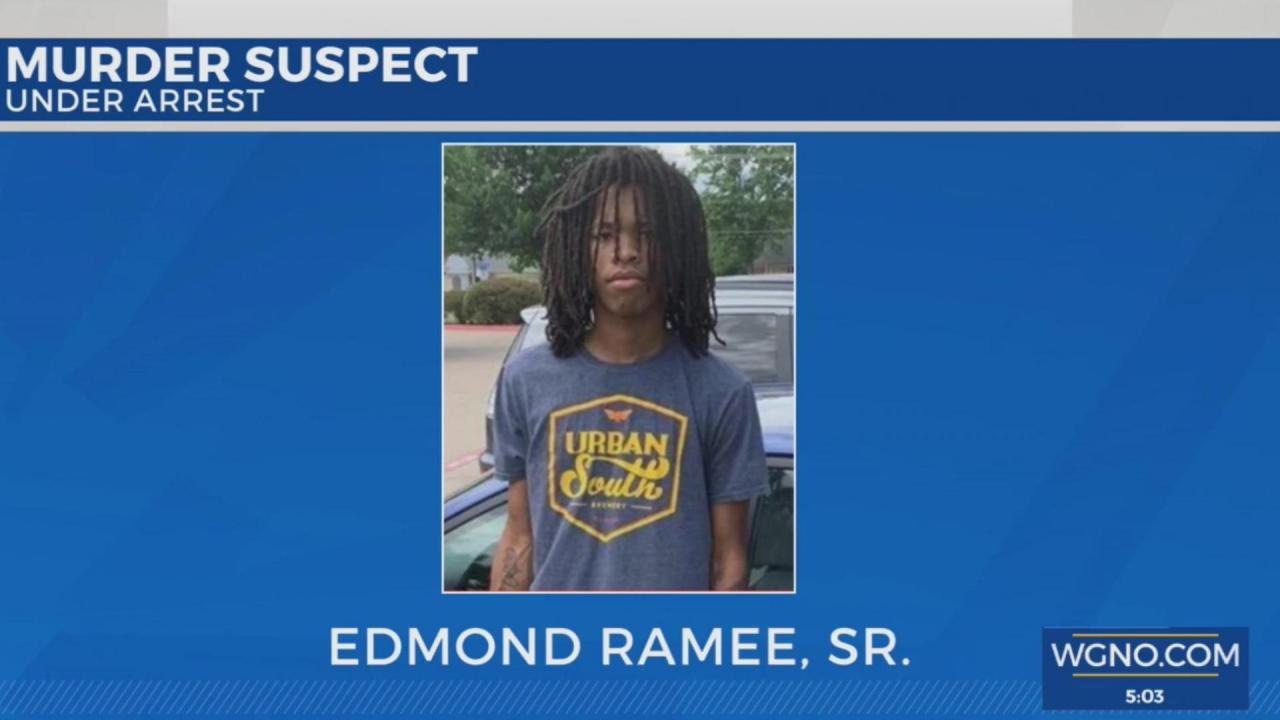 NEW ORLEANS (WGNO) — The suspect in the murder of longtime New Orleans jazz trumpeter Brian Murray turned himself in to law enforcement hours after he allegedly shot his girlfriend’s father, then ran away with his own one-year-old son on Monday.

Before surrendering to the police and returning the child unharmed, Edmond Ramee Sr, was considered “armed and dangerous” by the authorities.

Ramee is currently being held without bond.

The fatal shooting happened at a house on Henley Street in the Kenilworth area.

Neighbors told WGNO that the victim was caring for the child and that due to increased violence in the community, residents are asking for a greater police presence.

“Probably about a week and a half ago we had a shooting here, about 20 shots,” Murray’s neighbor Daniel Gentry said. “Less than a week ago a police officer was shot and a guy barricaded himself in the house.

“At what point does the chief of police or the captain of the Seventh District say, ‘hey, we need to pump up the patrols here?'”

The district attorney’s office said he was previously arrested for domestic violence against his girlfriend, but she declined to participate in the case against Ramee.