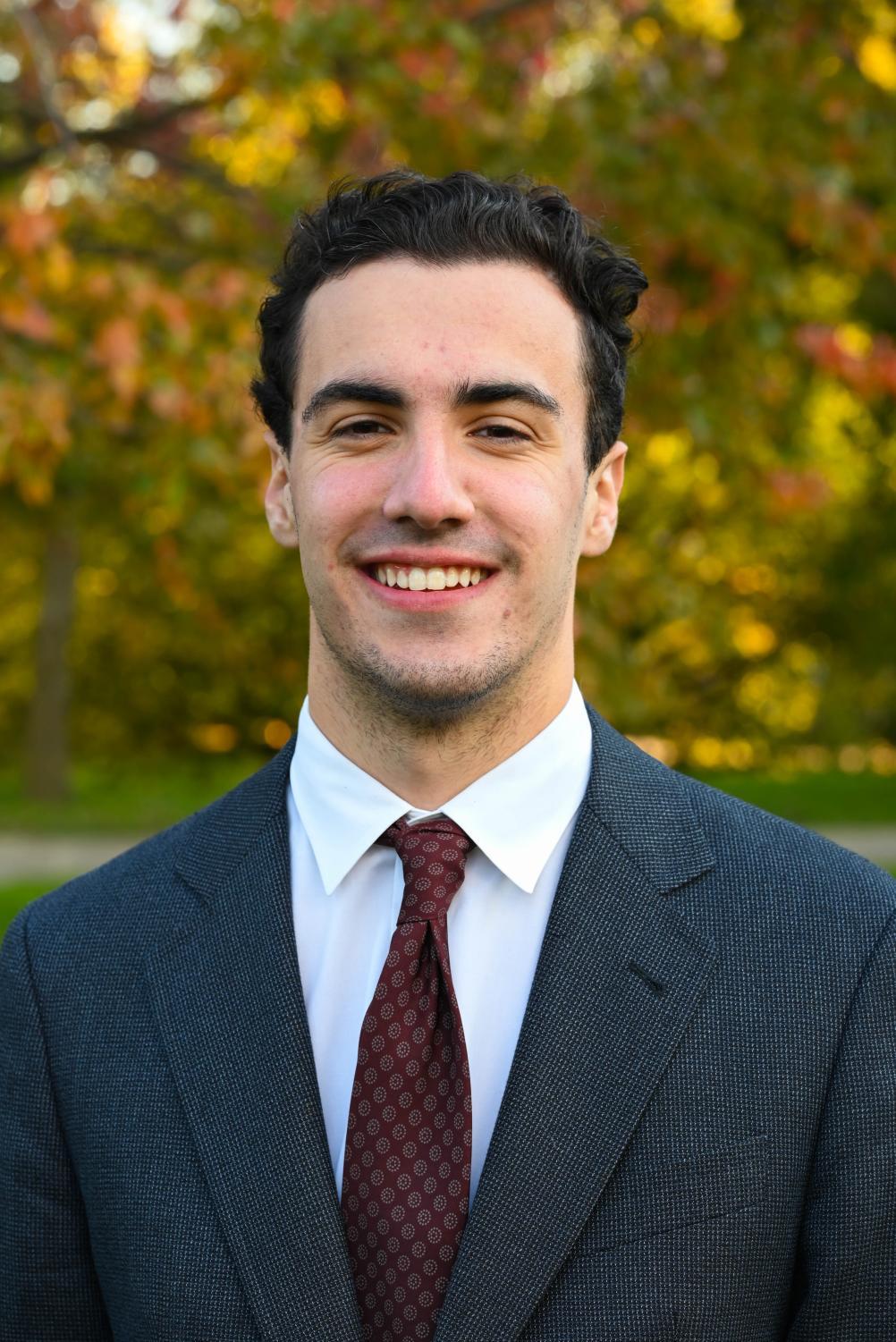 The documentary “Next stop” opens with a bird’s eye view of New York. As traffic and skyscrapers scroll across the screen, Ben Asciutto’s voice thinks of a city close to the city, but worlds apart.

“Although I was born in Manhattan, I’ve lived my whole life in a city that’s only three miles from the largest city in the world,” Asciutto said in the voiceover. “If you take a car over the George Washington Bridge [and] walk past the miniature city that is Fort Lee, you come to a city that acts like there aren’t 8.5 million people living seven minutes away.”

Ben Asciutto, a young film and business student, grew up in Leonia, New Jersey, an idyllic suburb of 9,000 people — very different from the bustling megalopolis shown earlier in the film. When the pandemic hit, he witnessed firsthand the obstacles his city faced. Asciutto spent months researching and interviewing locals to capture America’s changing suburban landscape on film. His final product was “Next Stop”, a 13-minute documentary in which he asks an existential question for towns like Leonia.

“As we find ourselves coming out of this pandemic, my question centers on what — how will cities like mine be affected by the changing commuter culture in New York? Asciutto asks in voiceover.

The Barrymore Film Center, based in Fort Lee, New Jersey, has selected “Next Stop” for the 2022 Barrymore Short Film Festival. Although the documentary failed to win, Asciutto said he was happy to be part of the festival.

“[I was] so happy to be part of this film festival. It was the first official film festival I attended, not just in a student category,” Asciutto said. “It was screened along with 40 other shorts and I was so grateful to have my first film in a nearby town of Leonia, and faced the same issues as other towns in New Jersey as well.”

The documentary, whose tagline is “From the commute to the community: the pandemic in my hometown”, features interviews with residents of Leonia discussing the shift from in-person to remote work and its implications for built cities. on a commuter model. Asciutto said he wanted to portray Leonia as a microcosm of American suburbs in the age of the pandemic.

“What makes these questions so relevant is that there are these massive cities where we think about the large effects that the pandemic is having on them, but at the same time, the population that makes up these cities comes in part from these small towns around them,” Asciutto said. “Leonia is one of those communities where changes to remote working and commuting have had a negative and positive impact on the suburbs.”

Before the pandemic, many Leonia residents spent a lot of time and money in New York City, while the pandemic, which interrupted the daily flow of workers across the Hudson River, has boosted business in the city. Pat Fusco, a Leonia councilor featured in the documentary, said the pandemic has brought change to the local economy.

“Instead of losing the number of people who regularly commute to New York five days a week, we keep them here,” Fusco said in the documentary. “It creates a much more dynamic economic situation, because they are going to need services.”

Asciutto said he conceived “Next Stop” as a project for the Creative Arts Fellowship, in which he participated. The scholarship included a $4,000 grant from the University Honors College.

“I really appreciated this scholarship because it gave me the chance to forge my own artistic path in a career that I hope to pursue,” said Asciutto. “The subject of the project began at a much broader scope with the effects of the COVID-19 pandemic on New York City, which evolved into a personal story about the impacts of the pandemic on my suburb.”

“It was wonderful to watch Ben develop his idea during the fellowship. What started as an idea to explore the effects of the COVID-19 pandemic on New York City turned into a moving story. and insightful about people,” Say said. “My favorite part of working in the [Honors College] is to be able to support the work of students, across disciplines, and to see all the incredible work that Pitt students are capable of.

Say said “Next Stop” joins the ranks of many other fellowship-related projects available for viewing around the Hillman Library.

“There are other Creative Arts Fellowship student exhibits at Hillman,” Say said. “One is on display on the ground floor near the Cup and Chaucer, another on the fourth floor, and two via Hillman’s third floor interactive wall.”

The documentary took Asciutto a year to create. He interviewed a total of 13 people throughout its production, compiling over a dozen hours of uncut footage for editing. Asciutto said the process was rigorous, but ultimately worth seeing his creation on screen.

“It was a real relief to finally see the final product emerge. I loved every part of this process, but I have to admit it was tough at times,” Asciutto said. “Not knowing the narrative direction or having images that didn’t align with my goals was tough, but I found a way and ended up with a story that I’m really proud of.”

The most satisfying part, Asciutto said, was finally having the opportunity to share his work with the people of Leonia.

“I had two separate virtual screenings, due to COVID-19 and security measures. In total, there were around 150 participants who came, which was incredible for me,” Asciutto said. “I didn’t expect to see so much support and interest, but again the people of Leonia are always ready to help each other out as we are a tight-knit community.”

While many of the other selected shorts featured in the festival were fictional narratives, Asciutto said a documentary style best suited the story he wanted to convey.

“I’ve always had this underlying desire to document the world around me. From high school, I learned photography with a real film camera and I learned the importance of a single image to tell a story,” said Asciutto. “With an unprecedented event like a pandemic, I was immediately drawn to start documenting the changes, which inevitably led me to where I have lived all my life – Leonia.”

Asciutto said he hopes to continue his creative work in the future, through documentaries or otherwise.

“I would love to be a producer and help these stories shine and be seen,” Asciutto said. “I’m definitely open to making documentaries in the future, but more importantly, I want to tell stories.”