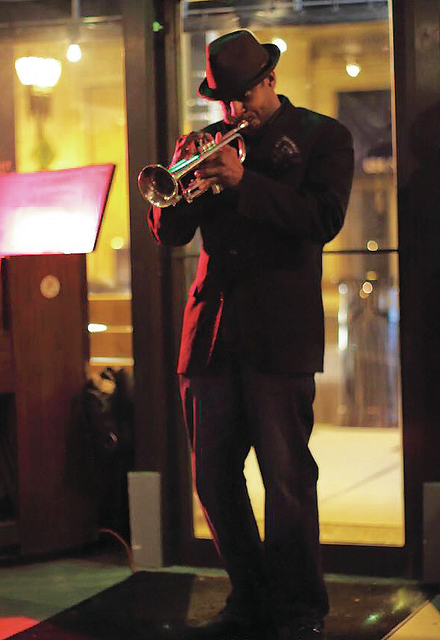 ST. LOUIS — A tribute to famed jazz trumpeter Lee Morgan will include songs from his album ‘The Sidewinder,’ as well as other compositions he wrote and performed.

The concert will feature iconic Morgan songs, such as “Ceora”, “The Sidewinder” and “Since I Fell for You”. St. Louis-born jazz trumpet player Kasimu Taylor presents the show with the iconic jazz musician’s signature music and sound in Here Lee Morgan!! The Music of a Jazz Legend, beginning at 8 p.m. Friday, Feb. 19 at the Kranzberg Arts Center, 501 N. Grand, St. Louis. Doors are at 7 p.m.


Considered one of the greatest jazz trumpeters of all time, Morgan (1938-1972) was an American hard bopper. His album “The Sidewinder” became one of the most successful jazz albums of the 60s. Critics and music enthusiasts hail Morgan as one of the greatest of his contemporaries, including Alton-born Miles Davis, as well as Dizzy Gillespie. In the late 1950s, Morgan learned performance under the intense tutelage of Art Blakey, a lifelong jazz quintet leader and heroin addict who turned Morgan and many other musicians into a debilitating and deadly drug. Morgan’s common-law wife, Helen Morgan, who saved and nurtured the great jazz after addiction shot him down, eventually shot and killed him.

Tickets are $15 in advance; $20 the day of the show; and $10 for students. Tickets are available at www.brownpapertickets.com. A Jazz Spin pre-show will be with DJ Needles featuring the concert musicians as follows: Kasimu Taylor – Trumpet; Kwanae Johnson – tenor saxophone; Adam Maness-Piano; Ben Wheeler-Bass; and, Mount Coleman-Drums.

2016-02-10
Previous Post: Review: ‘Sound of Redemption’ traces Frank Morgan’s journey from jazz musician to prisoner and back
Next Post: Lee Morgan’s documentary ‘I called him Morgan’ bought by FilmRise