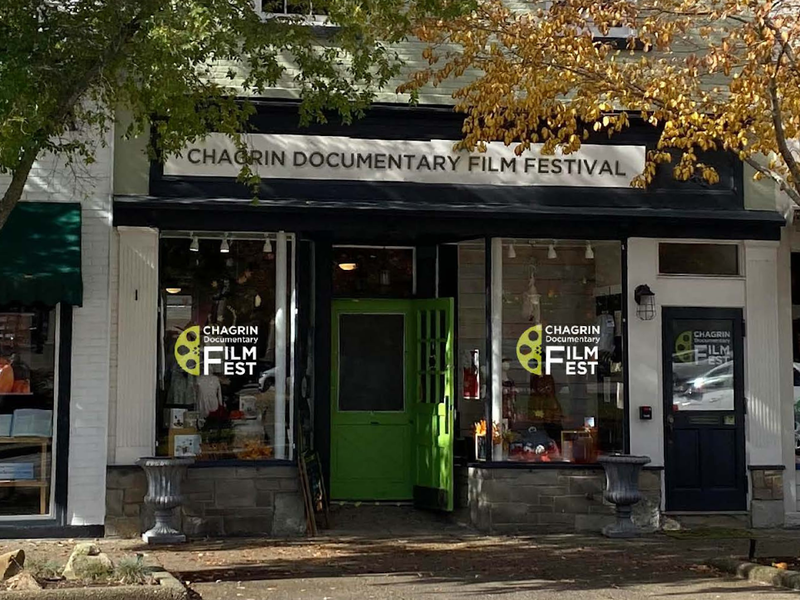 The non-profit association that manages the famous Chagrin Documentary Film Festival launched its first fundraiseraiming to raise $1 million to purchase and renovate a Chagrin Falls building for permanent residence that supports year-round programming.

Fevered Dreams Productions announced Thursday, April 21 the public phase of the campaign. The effort has already received contributions from “a small group of about 20 key donors,” Morgan Crawford, the film festival’s director of advancement, said in a phone interview. Festival officials declined to disclose how much has already been raised towards the $1 million goal.

Campaign funding will be used to purchase, then renovate, a building at 3 N. Franklin St. in the historic Chagrin Falls triangle. (The festival’s current address is 3 1/2 N. Franklin St., reflecting its status since June 2021 as a tenant in the upper half of the building it will purchase.) Festival founder and director Mary Ann Ponce , said the 3,200-square-foot building will serve as the organization’s headquarters and provide screening and event space, bolstering a full year’s programming – additional screenings, food events, film talks – that the festival was not able to offer before. The new headquarters will accommodate a small 35-seat screening room, she said.

“We see it as the next step for this organization and a real economic boost for the region,” Ponce said. “It’s something we had in mind since the very beginning” of the festival in 2010.

She noted that a previous study commissioned by the festival estimated its economic impact at $1.2 million over what is typically a five-day event.

Jessica Debeljak, executive director of the Chagrin Valley Chamber of Commerce, said the new space will “engage audiences and raise awareness of this incredible film festival even more.”

Crawford said the organization plans to occupy the first floor space, in addition to the upper level, by June 2023, several months ahead of that year’s festival. This year’s festival, the 13th, will take place in person October 5-9 at various locations around Chagrin Falls, and then virtually October 9-16.

As it secures a permanent home, the festival has bolstered its staff to “support year-round programming, engage guest speakers and facilitate needed discussions for generations to come,” Ponce said.

This month, the festival added Christine Davidson as Director of Operations, responsible for all aspects of the annual festival as well as year-round film programming. She is now part of the year-round festival team that includes Ponce, Crawford, technical director Engelina Koberna and marketing manager Amanda Fisher. The festival is packed with volunteers heading into the in-person event.

MovieMaker Magazine has included the festival eight times in its annual list of the “50 Best Film Festivals Worth the Submission Fee”.