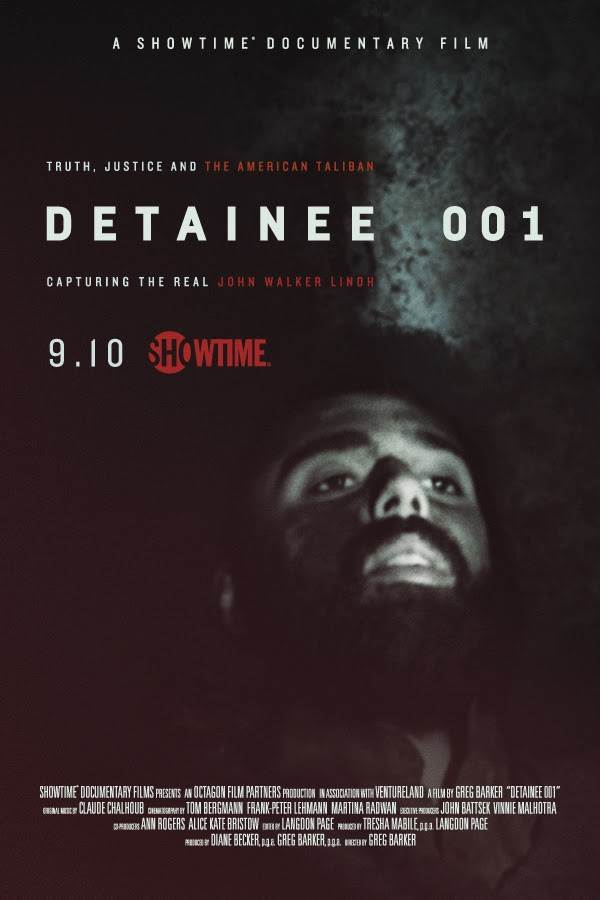 “I think it’s, frankly, one of the best films I’ve ever made,” filmmaker Greg Barker told the ATC Summer Press Tour while talking about his new documentary film for Show time, Inmate 001. The film returns to the case of John Walker Lindh, alias the “American Taliban”, with the hindsight of twenty years of war in Afghanistan. “I like the way it’s structured, I like the music. It’s about emotion and provoking a reaction in an audience and taking them where they never expected.

“There was no evidence against John,” producer Tresha Mabile explained. “He was imprisoned for 20 years for material support to the Taliban for carrying a weapon, and now we have handed the country over to the Taliban. So looking back, it seems like this should have been a moment for everyone to stop and take a deep breath and figure out how we would treat people like John. But instead he became the face of this war, and he became the poster child for terrorism. And he became kind of a distraction that we hadn’t caught Bin Laden yet.

There’s an abundance of new 9/11 content this fall to commemorate the 20th anniversary, but Inmate 001 offers something very different. “A lot of my work for the last twenty years has been kind of defined by that,” Greg shared, along with his filmography, including that from CNN Films. Legion of Brothers about the first special forces unit sent to Afghanistan after 9/11. “Turns out these are the guys we actually see in this movie who officially treated and debriefed John Walker Lindh on the battlefield, they’re in the footage. I literally had this footage from another movie… I clearly remember sitting with one of our editors one day going through stuff and looking at it, and I vaguely knew Lindh’s story, but the footage was just all laid out in front of me.

One of Greg’s producing partners, Vinnie Malhotra, had been following John Walker Lindh’s story closely since 2002, when he was a producer for ABC News. “We kind of got together and thought, ‘I think this is a way of unpacking this kind of origin story not so much of 9/11, but of our reaction to it,'” Greg continued. “History has shown that he was on the winning side in Afghanistan. The Taliban are back in power, as bizarre and mind-blowing as that sounds. We thought we were going to change the world after 9/11. The world is what it is. We’ve changed. In fact, our country has changed in ways that I think we’re not yet fully aware of and realize. And I think that was a story that could help us unpack that.The deeper we delved, especially when you have a luxury of four years to do so, things became obvious what the story meant and how relevant it was today.

“To say that you are going to have a global war on terrorism, defeat terrorism wherever it exists, vilify this enemy and feel like we are going to, in the process, change the world, at least change the region, there was a pride in that,” Greg Barker said. Inmate 001 intentionally incorporates a lot of newsreel footage from the era to show how sensational it was. “The footage is so captivating and amazing. And then once this American guy is found, it suddenly becomes something else… In a way, it’s all about us and how could this guy betray us And doesn’t he realize that America is on the side here And that kind of arrogance is understandable given the impact of 9/11 but I think it was never contained and that everyone was responsible. The government, our leaders, the media, the military. And instead of stepping back, we looked at it more and more.

Alex joined the Laughing Place team in 2014 and has been a lifelong Disney fan. His main beats for LP are Disney-branded movies, TV shows, books, music and toys. He recently became a member of the Television Critics Association (TCA).