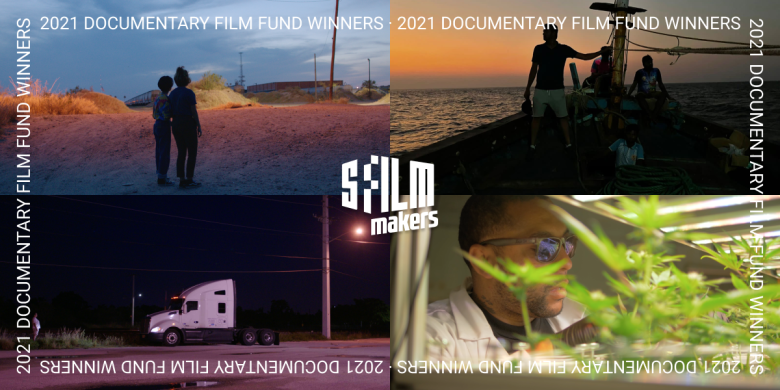 SFFILM announces the winners of the 2021 Documentary Film Fund

Now in its 10th year, DFF has awarded a total of $60,000 in grants to four documentary projects, in increments of $15,000 each. The funding will support feature documentaries in post-production.

According to the official SFFILM announcement, the DFF supports “non-fiction films that are distinguished by captivating stories, intriguing characters and an innovative visual approach”. 2021 winners include “Against the Tide”, “Driver”, “Hummingbirds” and “Weed Dreams”.

“From an incredibly competitive list of submissions, we are thrilled with the winning selections,” said Masashi Niwano, Director of Artist Development at SFFILM. “All of these films explore the human experience in new and powerful ways that truly moved our jury to tears.”

Since its inception in 2011, the SFFILM Documentary Film Fund has distributed nearly $1 million to filmmakers across the country. The DFF 2021 is made possible thanks to the support of Jennifer Hymes Battat and the Jenerosity Foundation.

“We are delighted to be able to support this fantastic selection of documentaries,” the jury said in a press release. “Each project focuses on underrepresented characters and fighters fighting for a better world. We’re in awe of the visual palettes this talented group of filmmakers have used to create a beautiful tapestry of the diverse and vibrant communities captured in their stories, and we can’t wait to see them reach a wide audience.

A tale of love, brotherhood and resentment against the backdrop of an adoring sea, turned ugly under the menacing effects of an ever-present calamity called climate change.

Driver follows three years in the life of long-haul truck driver Desiree Wood. Taking on an industry where multi-billion dollar mega-carriers conspire to make individual drivers anonymous and disposable, Desiree brings together an unlikely group of women to find strength, solidarity and self-determination on the road, while fighting to maintain himself as a long-distance truck driver.

In this collaborative coming-of-age film, best friends Silvia and Beba escape the cruel summer heat in their Texas border town, wandering the empty streets at night in search of inspiration, d adventure and a sense of place. When forces threaten their shared dreams, they take a stand and cling to what they can: the moment and the other.

Black-owned businesses in Oakland, Calif., are trying to break into the predominantly white legal cannabis industry, through the first-ever national cannabis equity program.

Previous DFF winners include “Writing With Fire” by Rintu Thomas and Sushmit Ghosh, “Honeyland” by Ljubo Stefanov and Tamara Kotevska, “Hale County This Morning, This Evening” by RaMell Ross and “Jawline” by Liza Mandelup.

Subsidies from the SFFILM Documentary Film Fund are awarded once a year. As with all SFFILM grants, in addition to cash grants, recipients will have access to many benefits through SFFILM Makers, the organization’s comprehensive and dynamic artist development program. These benefits, tailored to each individual production, can include one-on-one project consultations, creative development, additional fundraising assistance, resource and service recommendations, and networking opportunities, among others.

Register: Stay up to date with the latest film and TV news! Sign up for our email newsletters here.

2022-01-27
Previous Post: A documentary film about Ronnie Scott’s Jazz Club in London will be released in the United States on February 11
Next Post: Famous Bay Area Latin jazz musician Mark Levine dies at 83