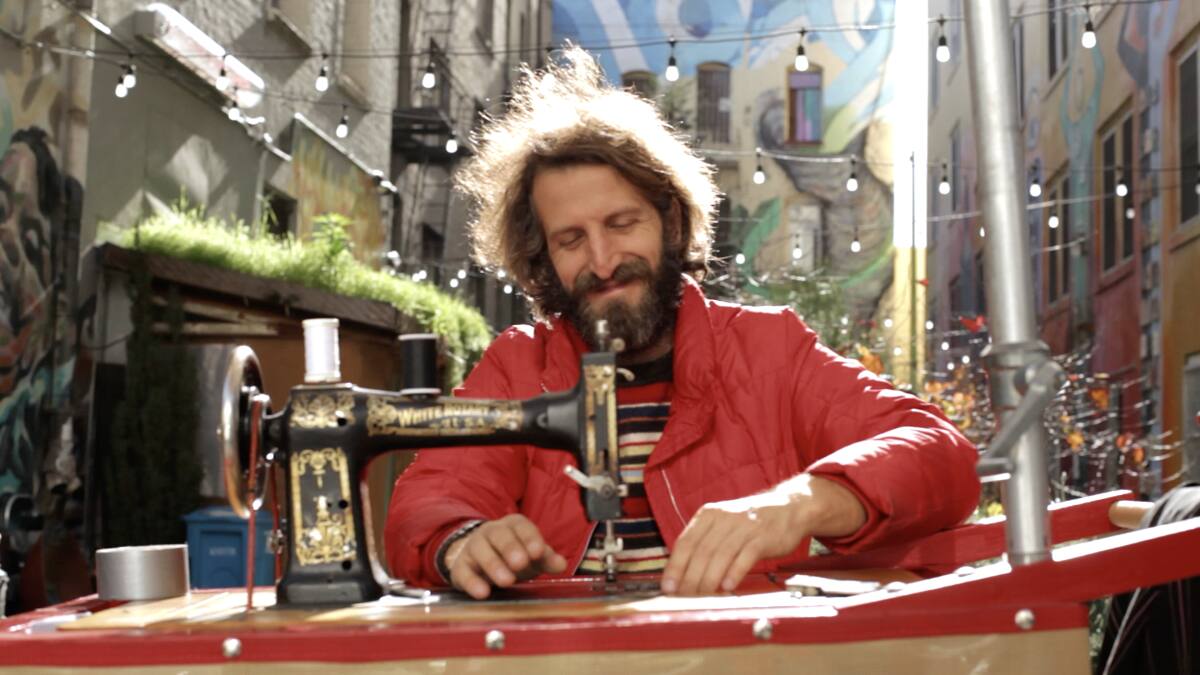 Seven films to see at the 2022 Sevastopol Documentary Film Festival

For the past 15 years, the Sebastopol Documentary Film Festival has brought original and incisive films to the silver screens of West Sonoma County.

The films are transporting, a way to travel the globe without leaving the county. They also tackle current political and environmental issues head-on.

In 2020, the event became an Oscar qualifying festival in the Short Subject Documentary category, which means that short films from the festival can be considered for the Oscars.

This year’s festival is a mix of live events from Thursday March 24 to Sunday March 27 and streaming events from March 28 to April 4.

Live screenings take place at the Rialto Cinemas in Sevastopol and the Sevastopol Center for the Arts.

This year, the festival kicks off with a special curtain-raising event at 1 p.m. on Sunday, March 20, a screening of “Reflection: A Walk with Water” by Sebastopol filmmaker Emmett Brennan.

The film explores how humanity’s journey is inextricably linked to water and “what we need to consider to create a sustainable future”, said festival co-director Jean McGlothlin.

“Reflection,” which premiered in Tribeca last year, opens with Brennan walking much of the 200-mile length of the Los Angeles Aqueduct, which stretches from the Owens Valley to Los Angeles Along the way , he meets indigenous caretakers whose connection to the land goes back centuries, and he talks to permaculture designers who are developing innovative systems to save water.

“I started to see the water as an underlying thread that kind of weaved together a lot of decay patterns,” Brennan said. “And it felt like a really urgent and important story to tell, because a lot of people aren’t aware of how our impact on the Earth’s surface is disrupting the flow of water that’s essential for life.”

Brennan said he hopes the film will encourage viewers to be “introspective about how our actions create the conditions for life or not.”

One of the goals is to inspire people to consider solutions, he said, but ultimately he “thinks the film is about asking people to slow down and reimagine what’s possible.” .

A panel discussion on the environment, moderated by Mischa Hedges of TrimTab Media, follows the film, along with cocktails and conversations. Panelists include Brock Dolman from Occidental Arts and Ecology Center, Pandora Thomas from EARTHseed and Paul and Elizabeth Kaiser from Singing Frogs Farm in Sebastopol.

Here are some other highlights from this year’s festival.

Opening night: “Tell them we were here” is a love letter to Bay Area artists who create socially responsible work. 7 p.m. Thursday at the Sebastopol Center for the Arts.

“Blur the Color Line” explores what it meant to be Chinese in the segregated South. Director Crystal Kwok delves into the tensions between Blacks and Asians as well as the life of her grandmother’s family, who owned a grocery store in Augusta, Georgia. 5:15 p.m. Friday, March 25, at the Rialto cinema.

“Carnival Pilgrims” examines modern travel, from pilgrimages to Instagram with costumed natives. The film asks the question: has the planet become a theme park for tourists? 6:30 p.m. on Friday, March 25 at Rialto Cinemas.

“Fanny: the right to rock” spotlights the all-female band that paved the way for so many to follow. Helen Reddy called Fanny “the queens of rock ‘n’ roll”, although they never got the attention they deserved. “Fanny was the first all-female rock band that could really play,” said Bonnie Raitt. 7 p.m. on Friday, March 25, at Cinémas Rialto.

“Cows on the Roof” is a Swiss film with gorgeous cinematography about a family trying to survive on the meager earnings of their small farm. “Fabiano is haunted by nightmares,” according to the film’s description. “Nothing is going as it should. … He is in debt, the mountain hut he rents for the summer is dilapidated and the goat cheese business is no longer profitable.” In Italian with subtitles 11:45 a.m. on Saturday 26 March at the Rialto cinemas.

“Three Defenders of the Ocean” is an Emmy-winning short from Petaluma filmmakers Cynthia Abbott and Andrea Leland that shows you don’t have to be a scientist to help the environment. Among those profiled are Bodega Bay fisherman Dick Ogg and Northern California artist Tess Felix. Shows with “The sand-eating shark”. 1:30 p.m. Saturday March 26, at the Center Sébastopol des Arts.

“Circus of Cambodia” follows two Cambodian teenagers who travel from the dusty villages of their home country to Montreal to pursue their dreams of performing with Cirque du Soleil acrobats. 3:45 p.m. Saturday 26 March, at the Center Sébastopol des Arts.

“A Black Jesus” visit a Sicilian village where the life-size figure of a black Jesus has been revered for centuries. The film explores what happens when a migrant from Ghana asks to be one of the statue bearers during an annual procession. 4:45 p.m. Saturday March 26, at the Rialto cinemas.