Second trailer of the revealing documentary film “The First Wave”

Second trailer of the revealing documentary film “The First Wave”

“We weren’t made for it, but I think it made us.” Neon + National Geographic released the official trailer for The first wave, a revealing documentary from filmmaker Matthew Heineman. We released the trailer for this film earlier in the year, and it will premiere at DOC NYC this month before opening in select theaters soon. Heineman’s Doc The first wave spotlights the heroes at the epicenter of COVID-19 as they battle one of the greatest threats the world has ever faced. It also highlights the uneven toll of the virus, which from the start has disproportionately affected people of color and the economically disadvantaged. Heineman embedded medical workers at Long Island Jewish Medical Center in Queens, capturing the terrible impact of the pandemic from March through June 2020. NatGeo states that “Matt’s powerful and deeply humanistic film will serve as a historical record of our collective struggle against seemingly insurmountable odds and will also provide some much-needed catharsis as we begin to have a little more hope for the future.” A powerful time capsule showing the remarkable tenacity and fervor of medical personnel. 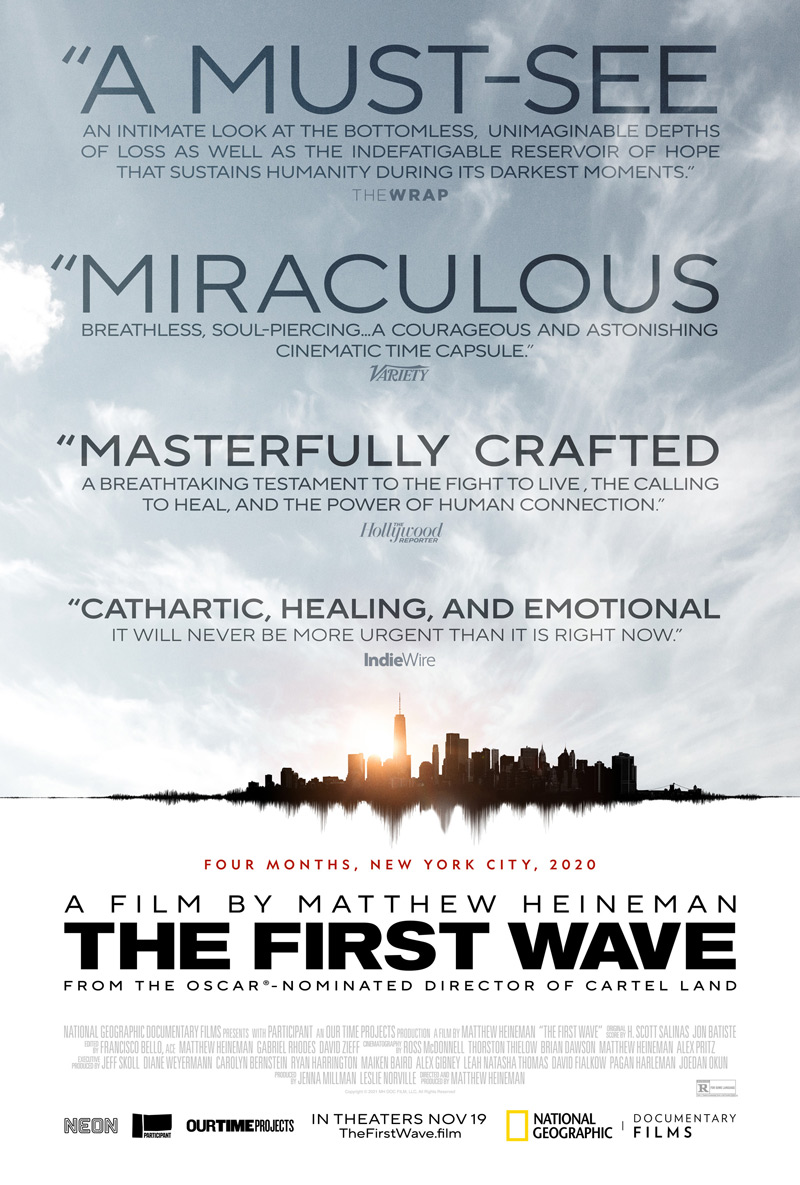 You can rewatch the first Heineman doc trailer The first wave here for the first look again.

A following documentary of nurses, doctors and administrators as they respond to the COVID-19 pandemic. From National Geographic Documentary Films and Academy Award nominee and Emmy Award winner Matthew Heineman presents The First Wave. The documentary film shines a light on everyday heroes at the epicenter of COVID-19 in America as they come together to fight one of the greatest threats the world has ever faced. The first wave is directed by the Oscar-nominated American filmmaker Matthew Heinemanfilm doc director Our time, Escape the fire, cartel land, city ​​of ghostsand The boy from Medellín previously, as well as the functionality A private war and the doc series Tiger for HBO. Produced by Matthew Heineman, Jenna Millman and Leslie Norville. The truth-style documentary film, from Participant and Heineman’s Our Time Projects, will air on National Geographic later this year. The film is screening at DOC NYC this month. Neon will then open The first wave in select U.S. theaters from November 19, 2021.