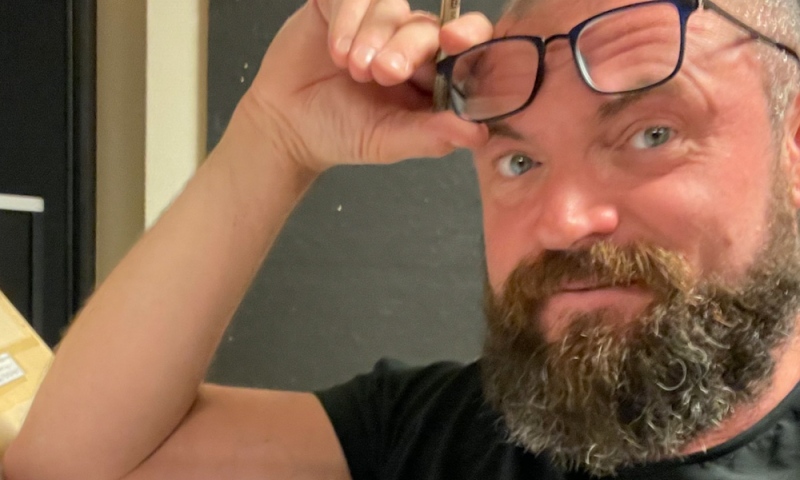 Screening of the documentary “No Straight Lines: The Rise of Queer Comics”

Denison’s Queer Studies Program hosts Queer Cartoonist in Residence at Denison Justin Hall, which hosts the first Central Ohio screening of the documentary film based on its groundbreaking anthology, “No Straight Lines: The Rise of Queer Comics.”

Hall is an associate professor and chair of the Graduate Comics Program at California College of the Arts. Hall co-created the “True Travel Tales,” “Glamazonia,” and “Hard to Swallow” comic book series, as well as the queer horror comic book anthology, “Theatre of Terror: Revenge of the Queers,” and Marching Towards Pride. a series of comic book posters installed in San Francisco bus kiosks depicting SF LGBTQ history. He has stories in the Houghton Miflin Best American Comics, QU33R, Best Erotic Comics, and San Francisco Weekly, among others, and has exhibited his art in galleries and museums around the world.

Hall created the Eisner-nominated Lambda Literary Award “No Straight Lines: Four Decades of Queer Comics”; he then conceived and directed the feature film inspired by the book. “No Straight Lines: The Rise of Queer Comics” premiered at the 2021 Tribeca Film Festival and won the Grand Jury Prize for Documentary Feature at the Outfest Film Festival.

The first Fulbright Scholar of Comics, Hall curated the world’s first museum exhibition of LGBTQ comics at the SF Cartoon Art Museum, as well as co-curating the largest such exhibition at the Schwules Museum in Berlin. He has taught comics all over the world, from Thailand to the Czech Republic. He is a co-organizer of the Queers & Comics conference, a board member of the non-profit organizations Prism Comics (support for LGBTQ comics) and Siewphewyeung/Our Books (support for Cambodian comics), created the Erotic Artists Alley at the Folsom Street Fair, and has written chapters for the Routledge Companion to Comics, the Cambridge History of the Graphic Novel and Keywords in Comics Studies.