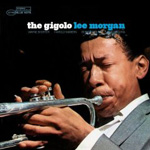 Review of the album Gigolo @ All About Jazz

As we celebrate the 35th anniversary (February 19) of the death of the talented trumpet player who would also become the major player in one of American music’s most defining stories Frankie and Johnny, the title of this session by Lee Morgan and several others (Tom the cat, The Raja, The procrastinator) take a note of eponymous self-characterization, if not macabre and ironic subtext. Regrettable or not, the self-referential titles add to the legend, which in turn seems to constantly attract a new generation of fans to the music of the sometimes prodigal, sometimes terrible child. The gigolo (June 25, 1965) presents Morgan at his best in a program offering something for virtually everyone.

At the same time, like the personality type suggested by the title of the session, The gigolo is capable of producing both devotion and disillusion – a somewhat uneven session perhaps better suited to the needs of selective downloaders. Only after hearing many inferior imitators (with the notable exception of Kenny Dorham’s still fresh A mass) that I just saw The Sidewinder (1963) as more than a period piece. He rises clearly above Gigolo“Yes I Can, No You Can’t”, which, like another aspiring “Sidewinder”, is more ambitious but less compelling.

On the oldest, popular and seminal date, Morgan’s solo embraces the midrange and is played restrained while simply riding the rhythmic groove. On “Yes I Can”, the trumpeter, following Shorter’s dramatic example, immediately moves to the upper register, articulating rapid repeated notes. The effect is thunder and lighting over a boogaloo motif resistant to significant emotive improvisation, but no longer as seductively “in the groove” as the commercially successful original. The overemphasis on bass and drums on this RVG remaster only heightens the feeling of forced and gratuitous Sturm und Drang.

outraged Sidewinderit is instructive to compare Gigolo with Hank Mobley Soak, recorded a week earlier (June 18) and, with the exception of the tenor, with the same formation. Mobley’s own attempt to come up with a “Sidewinder” answer, “The Dip” is little better than “Yes I Can”. But Morgan’s solo on the Mobley date reveals more of the relaxed, restrained quality that characterized his work on the original “Sidewinder”, suggesting that Shorter’s influence on the trumpeter may have been a double-edged sword, the leading to taking risks disproportionate to potential. creative rewards in the material itself.

Although Gigolo likely holds a fascination for followers of Morgan’s paradoxical persona, iPod users can be forgiven if they extract the session’s two essential numbers: the trumpeter’s “Speedball” and the ballad “You Go to My Head.” The first is a coastal blues, reminiscent of Joe Zawinul’s effervescent “Scotch and Water”, with a logically constructed and beautifully contoured solo by the trumpet player, and the second a mysterious and seductive lifting of the familiar standard with a Morgan solo from good taste that anticipates the maturing artist who would go on to compose and record the haunting “Ceora” (corn breadSeptember 8, 1965).

As for the remaining tracks, Shorter’s “Trapped” is a driving blues in a minor key with an extended, spirited solo by Morgan followed by an equally passionate four-way exchange between the two horn players. Mabern and Higgins are the busiest on this track, making sure the flame stays high enough to ignite and keep the soloists burning. The title tune, the longest track at over ten minutes in both main and alternate versions, is a three-meter Morgan original based on an AABA form, with the B section providing marching bass and conventional harmonic relief from rhythmic firepower and repeated modal scales to intense A-sections. Both horn players submit solid and structured solos, but it is their tight coordination during the ensemble passages – suggesting that a single instrument is doubling up – that proves the high point of either recorded version of the song.

Late Morgan clearly reveals its responsiveness to changes in both the market and the language of music itself. But there will always be some of us for whom hearing the trumpeter at his best requires returning to his pre-Sidewinder dates, especially to a performance like the one that pairs him with Mobley on Art Blakey’s At the Jazz Corner of the World, flight. 1 (Blue Note, 1959). However wicked the gods have treated him to in his personal/social life, his bold and brilliant solo on Monk’s “Justice” suggests that history’s just verdict will secure him a permanent place among the muses.

Leads: Yes, I can, no, you can’t; Trap; speed ball; The gigolo; You have come to my head; The gigolo [alternate take].