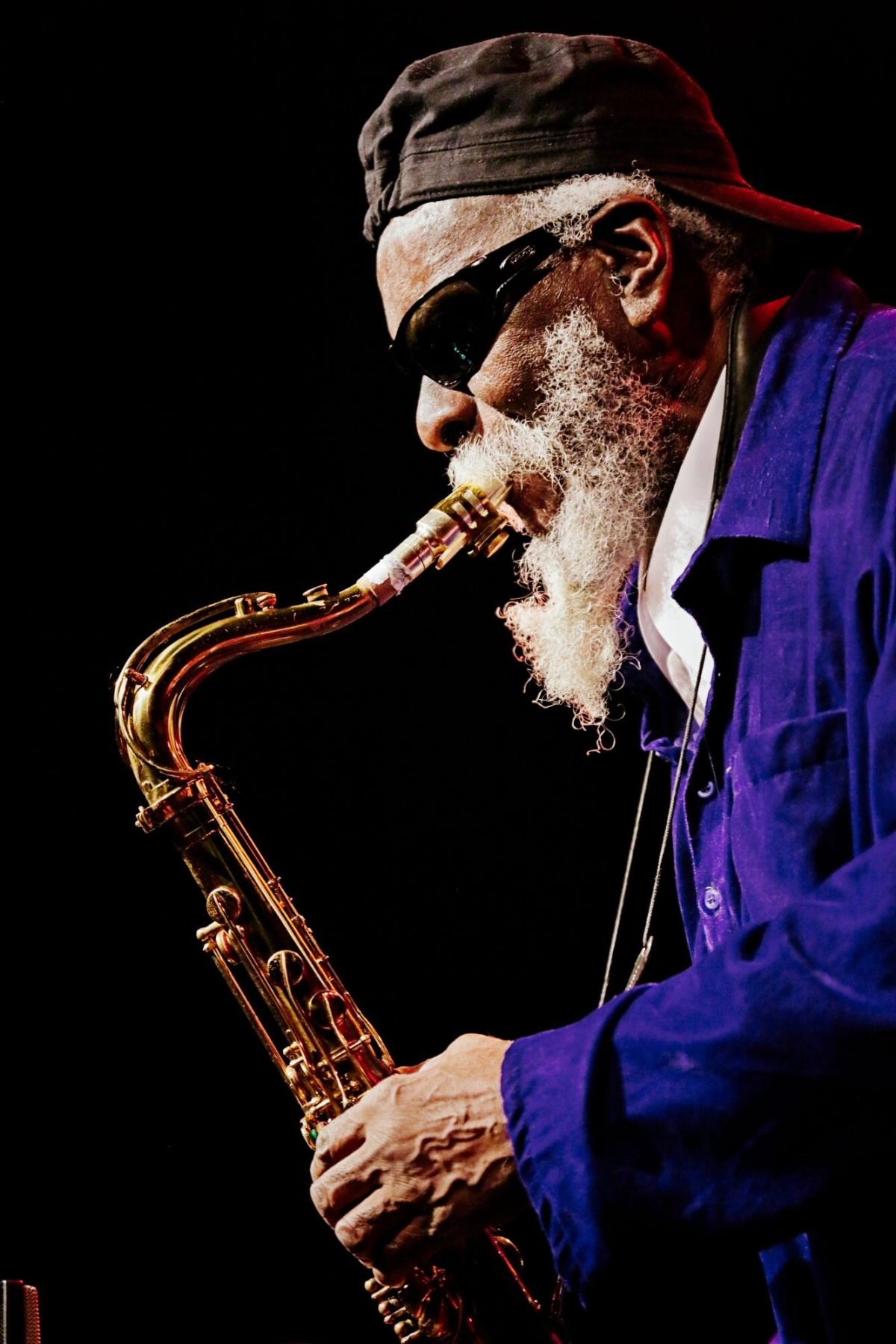 Pharaoh Sanders has passed away. He was 81 years old.

“We are devastated to learn that Pharoah Sanders has passed away. He passed away peacefully surrounded by loving family and friends in Los Angeles earlier this morning. Always and forever the most beautiful human being, may he rest in peace.”

The cause of death has not been shared.

Born in Little Rock, Arkansas, the legendary saxophonist grew up collaborating with some of San Francisco’s greatest saxophonists, including Dewey Redman and Sonny Simmons.

In the 1960s, Sanders spent time with jazz legend John Coltrane and his band in New York, and the band’s music was groundbreaking.

“Coltrane’s sets with Sanders were among the most controversial in jazz history,” reads Sanders’ website. “Their music represents an almost total desertion of traditional jazz concepts, like swing and functional harmony, in favor of a teeming, irregularly structured, organic mix of sound for sound.”

After Coltrane’s death in 1967, Sanders continued to create his own music. He released his most famous work, “Karma”, in 1969. The album served as a pioneer for the spiritual jazz style and featured one of his most famous songs, “The Creator Has a Master Plan” .

Sanders continued to release music throughout the 1970s and 80s, winning a Grammy Award in 1989 for Best Jazz Instrumental Performance for the collaborative album “Blues for Coltrane: A Tribute to John Coltrane.”

Never miss a story – subscribe to Free PEOPLE Daily Newsletter to stay up to date on the best that PEOPLE has to offer, from juicy celebrity news to gripping human interest stories.

In 2021, the saxophonist returns to the studio to record his latest album, “Promises”, a collaboration with electronic music producer Floating Points and the London Symphony Orchestra.