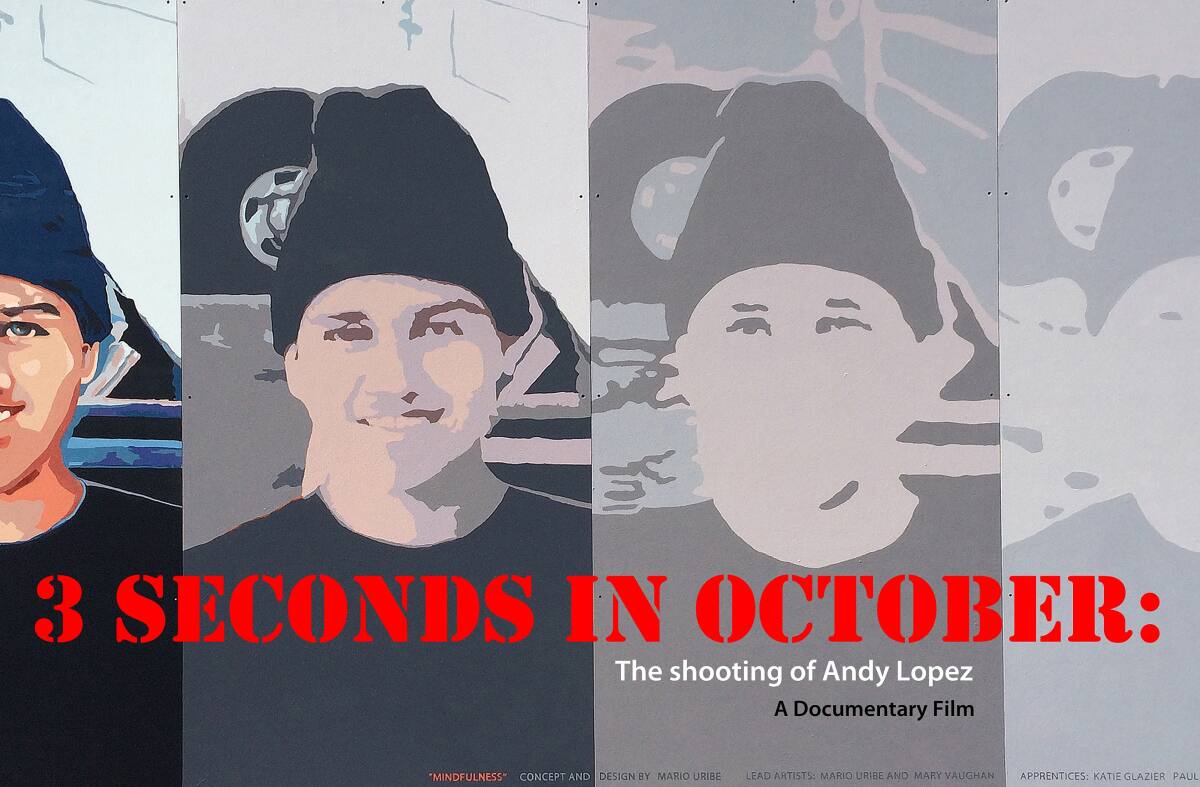 In an excerpt from this recorded session, included in the film, a voice identified as that of a Santa Rosa Police Department detective is heard assuring Gelhaus that he was being interviewed as a “victim”.

Members of Lopez’s family were interviewed the same day at Santa Rosa Police Department headquarters, where detectives asked if Lopez had any gang affiliations. It wasn’t until the end of the interview, the film reports, that members of the Lopez family said the boy was dead.

Sonoma County Sheriff Mark Essick was asked to be interviewed for the film but declined, Rogers said.

In response to a request for comment on the documentary, Misti D. Wood, community engagement manager for the Sonoma County Sheriff’s Office, replied:

“We have not had the opportunity to see the film, so unfortunately we do not have the opportunity to respond to specific concerns or criticisms. As for the case itself, the (sheriff’s) office has made many public statements over the years. This is a tragic situation, and we continue to work with our community to heal.

The journey of an independent filmmaker

“My latest film – ‘Bobby Jo: Journey of a Singer-Songwriter’ – followed young local artist Bobby Jo Valentine as he launched a career, reunited with his birth mother and dealt with his deeply religious adoptive parents who were strongly in disagreement with her sexuality,” he said.

Released in 2014, the documentary “Bobby Jo” screened at film festivals across the country. Another Rogers film project followed, about a Mexican immigrant family whose eldest son learned English, worked hard, and grew up to serve as an adviser to the President of Mexico.

When he heard about Lopez’s story, Rogers wanted to know more.

“When I heard about a 13-year-old boy being shot seven times by a sheriff’s deputy, it moved me,” Rogers said. “I wanted to know what happened.”

He spent seven years and $60,000 of his own money, supplemented by tens of thousands of dollars from hundreds of small individual donations, to make “3 Seconds in October.”

Coyote, a Zen Buddhist priest and lifelong human rights advocate, said he donated his services to narrate the film.

“I get a lot of offers from filmmakers to do storytelling, but I don’t do a lot for free,” Coyote said. “One of the reasons I set out to make films like this is because nobody makes documentaries to get rich.”

Coyote said he immediately appreciated the filmmaker’s quest for perspective on the issues raised by filming Lopez.

“There’s a long line of assaults on people of color,” the actor said.

But as he has in past film projects, Coyote has strived to keep his storytelling down-to-earth.

“I don’t work for any particular effect,” he said. “If I show feelings, I rob viewers of the ability to have their own feelings.”

“Roseland had been under constant surveillance. There had been a strained relationship between the sheriff’s office and the community,” said John Mutz of Sebastopol. A former Los Angeles police captain and unsuccessful candidate for Sonoma County sheriff in 2018, Mutz is interviewed in the film.

Roseland, previously policed ​​by the Sonoma County Sheriff’s Office, was annexed by Santa Rosa in 2017 and is now covered by the city’s police department.

In June 2018, Sonoma County agreed to pay $1.7 million to settle a lawsuit filed by former Sonoma County Jail inmates who said they suffered physical assaults and verbal abuse from from correctional assistants.

Former Sonoma County Sheriff’s Deputy Charles Blount was arrested in November 2020 on suspicion of manslaughter and assault by a public officer in the 2019 death of David Ward, who died in a physical confrontation at the end of a high-speed chase. Ward’s family filed a lawsuit against the Sonoma County Sheriff’s Office in May 2020.

The “3 Seconds” documentary contains graphic footage of inmates being held by officers and tasered, as well as body camera footage of Blount’s confrontation with Ward.

The film places the Lopez case and local controversies over the use of police force in the context of a broader national dialogue intensified by nationwide protests following the May 25, 2020 death of George Floyd in Minneapolis after police officer Derek Chauvin knelt on Floyd’s neck for more than nine minutes.

With the prominence of the Black Lives Matter movement and the public response to Floyd’s death and similar cases, Rogers believes the case of the Lopez shooting has become more relevant over time.

Hope for the future

But, he said, “This is not an anti-police documentary.

“When we see these kinds of incidents and how they are handled, it tarnishes the reputation of the majority of police officers who do a good job,” Rogers said.

“And when police, officials and police unions consistently defend officers – right or wrong – the public is right to question the credibility of what they are told,” he said. added.

Coyote agreed that the goal was to provide better and safer policing for everyone.

“I hope that public safety services will become true agents of peace,” Coyote said. “What you have to say is, ‘What kind of country do you want to live in? “”

You can reach editor Dan Taylor at dan.taylor@pressdemocrat.com or 707-521-5243. On Twitter @danarts.

Correction: This story has been updated to correct Ron Rogers’ title with Sacramento County and State.