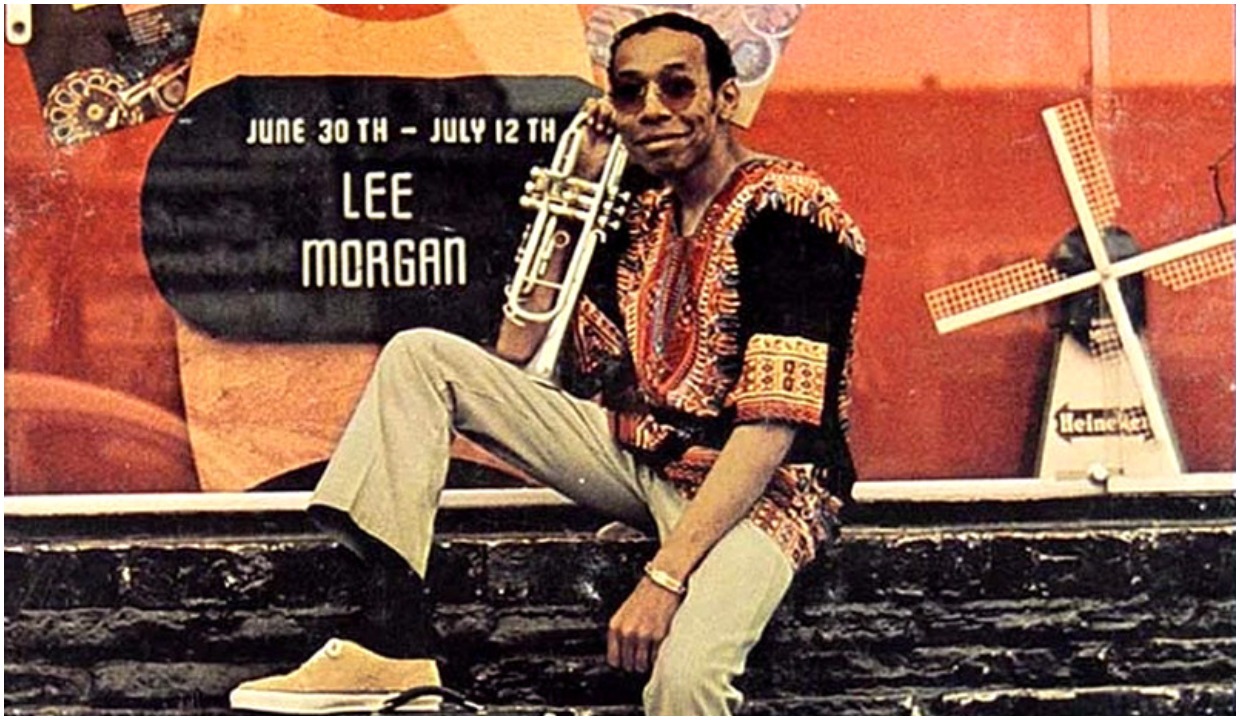 Jazz Week is your roundup of new and remarkable stories from the world of jazz. It’s a one-stop destination for music news you need to know. Let’s take it from the top.

The winners of the 2021 Blues Music Awards are announced: The Blues Foundation announced the winners of the 2021 Blues Music Award last weekend during a virtually streamed ceremony. Shemekia Copeland was the show’s big winner, taking home three awards including the coveted BB King Entertainer of the Year Award, the Contemporary Female Artist Award and the Contemporary Blues Album Award for uncivil war. Other winners at this year’s ceremony include Mike Zito, Christone “Kingfish” Ingram and many more. See the full list of winners here.

Phil Ranelin signs with Third Side Music: Legendary trombonist Phil Ranelin, who recently celebrated his 82nd birthday, signed his first-ever publishing deal during his long career with Third Side Music. Ranelin is known as an unsung hero of Detroit’s underground jazz scene, as the founder of Tribe Records and for having worked with Freddie Hubbard, Roy Ayers, Billy Higgins and Horace Tapscott. “Phil Ranelin is by far one of the greatest living musicians,” says Alex Kelman of Third Side Music. “He has dedicated his life to the pursuit of excellence in creativity, originality and spirituality and it is a true honor to be the very first publisher he has chosen to work with.” 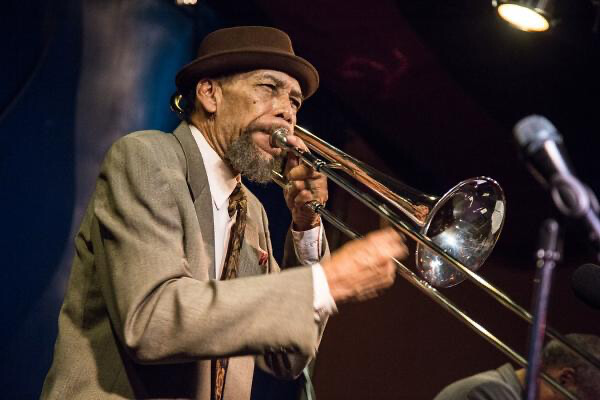 Epic Lee Morgan Quintet Collection will be released on July 30: Blue Note Records has announced a July 30 release date for Lee Morgan’s The Integral Live at the Lighthouse, an extensive collection featuring for the first time all 12 sets of music from the legendary trumpeter quintet with saxophonist Bennie Maupin, pianist Harold Mabern, bassist Jymie Merritt and drummer Mickey Roker, recorded during their historic engagement at the Lighthouse in Hermosa Beach , California, July 10-12, 1970. This Definitive Edition produced by Zev Feldman and David Weiss will be available as an 8-CD box set and a limited-edition 12-LP all-analog 180g vinyl box set that includes 33 performances including more than 4 hours of new music. Order it here.

Qwest TV joins Xfinity On Demand: Qwest TV, the premium music video hub co-founded by Quincy Jones and Reza Ackbaraly, has launched on Comcast Xfinity. This is Qwest TV’s US debut on a major cable network. As part of Xfinity’s celebration of Black Music Month, Quincy Jones hosted a special playlist spotlighting African American artists and music, which will be featured in the Black Experience Xfinity section launching in February 2021. The Black Experience channel showcases the best in black storytelling and has been endorsed by the African American Film Critics Association.

The Philadelphia Orchestra conducted by Cristian Măcelaru, Blues Symphony (Blue Engine): Blue Engine has released the first recording of Blues Symphony (Symphony No. 2), composed by Wynton Marsalis. The piece takes the 12-bar blues and explodes it into a lyrical, kaleidoscopic history of American music. It is performed here by the Philadelphia Orchestra, under the direction of conductor Cristian Măcelaru. The album is now available exclusively on all digital platforms.

The Montreux Jazz Festival announces its 2021 program: The Montreux Jazz Festival has announced the program for this year’s festival, which will take place from July 2-17 in Montreux, Switzerland. Jazz artists scheduled to perform at this iconic 16-date event include Nubya Garcia, Alfa Mist, Nubiyan Twist, the Yussef Dayes Trio and Fred Hersch, among others. This year, Montreux will also inaugurate Scene Du Lac, a brand new main stage built on the lake. For fans unable to experience the festival in person, the Scene Du Lac stage will be streamed live for free via the Qello Concerts by Stingray music video platform. Click here to find out more. 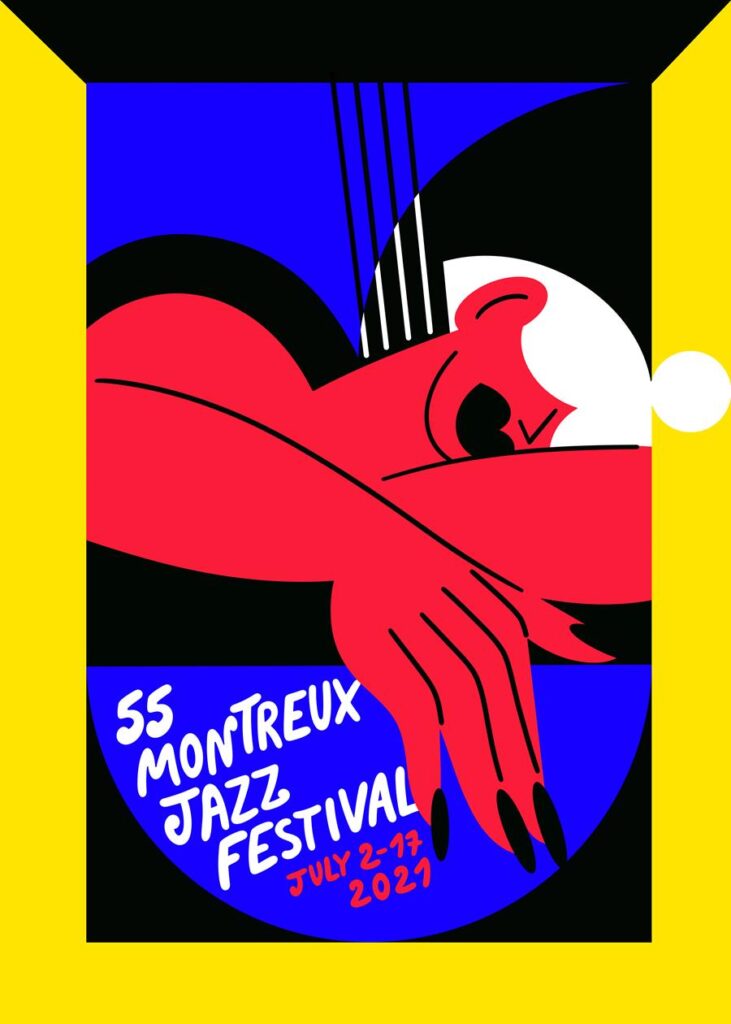 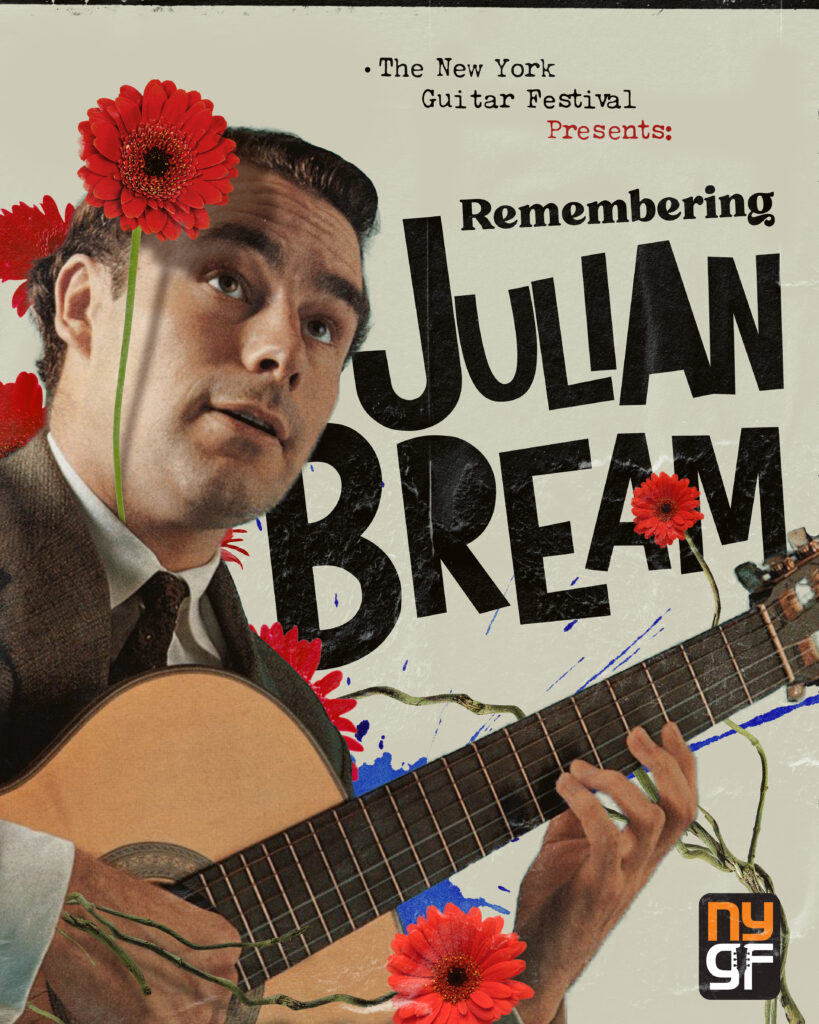 Santi Debriano will perform a new album live on June 13: Bassist Santi Debriano is about to perform his new album, Flash of the mind, June 13 at 2 p.m. EST. The event will be broadcast live from Studio 111 Brooklyn. It will feature several special guests and will be moderated by author TJ English. Click here to find out more. Flash of the mind was released last January via Truth Revolution Records and is described as a personal recording inspired by the artist’s life between worlds – his native Panama, and America. Order it here.

Blue Note Jazz Club is bringing an eclectic lineup to Miami in June: New York’s iconic Blue Note Jazz Club is celebrating the return of live music this month with a limited run of shows at the North Beach Bandshell in Miami Beach. The series kicked off last weekend and runs through June 12 and 26 with performances by Robert Glasper and Big Freedia and The Soul Rebels featuring Cimafunk. Click here for tickets. 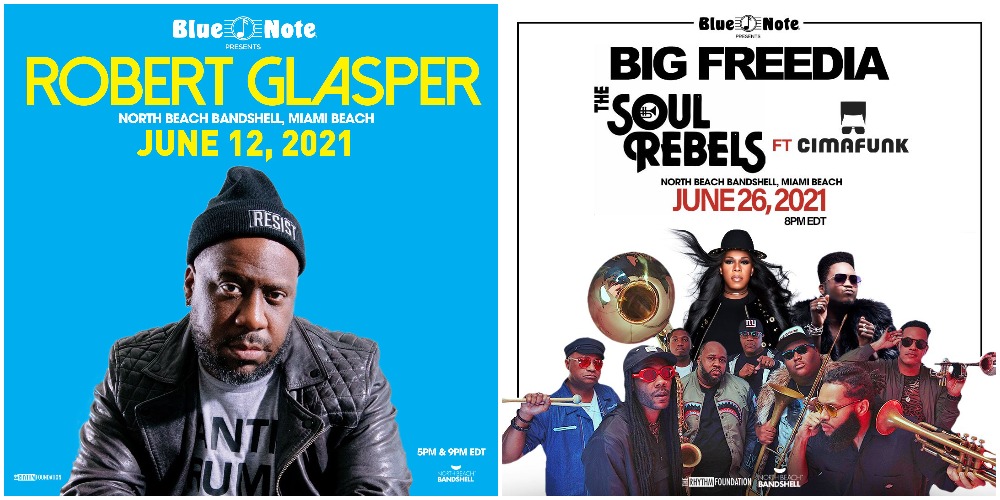