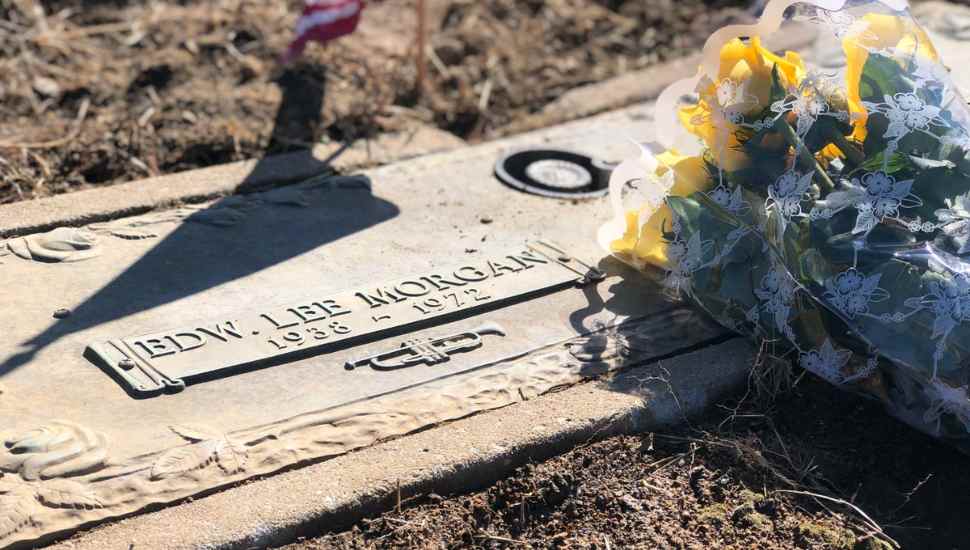 Lee Morgan, a prominent jazz trumpeter in the 1950s and 1960s, had a tragically short career. The 33-year-old entertainer was killed by his common-law wife in 1972 and buried next to his father at White Chapel Memorial Park in Feasterville. NPR’s Nate Chinen uncovered the story of a recent and startling revelation discovered there.

Morgan has been successful both as a recording and performing artist. His discography included more than 30 albums on the Blue Note label, and a snippet of a single, “The Sidewinder”, accompanied a then high-profile advertisement for Chrysler.

His story is becoming important again, thanks to a 2016 documentary now on Netflix, I called him Morgan.

Phila. Jazz fan Tommy Maguire learned of Morgan’s resting place and traveled to Feasterville to find it. At the White Chapel Memorial Park site where Morgan rested, a map showed where the grave was supposed to be. But upon arriving at the scene, Maguire found nothing but a grassy field.

He then enlisted the help of a gardener who drove a shovel into the ground, looking for any sign of the marker. After a few thuds, a metallic noise sounded.

The pair searched Morgan’s marker and his father’s, saving them from under nearly a foot of dirt that had accumulated over decades.

The discovery of the memorial, Maguire said, brought mixed emotions. “It was dramatic and it was really sad,” he said.

More on Lee Morgan’s career and the restoration of his headstone is at NPR.