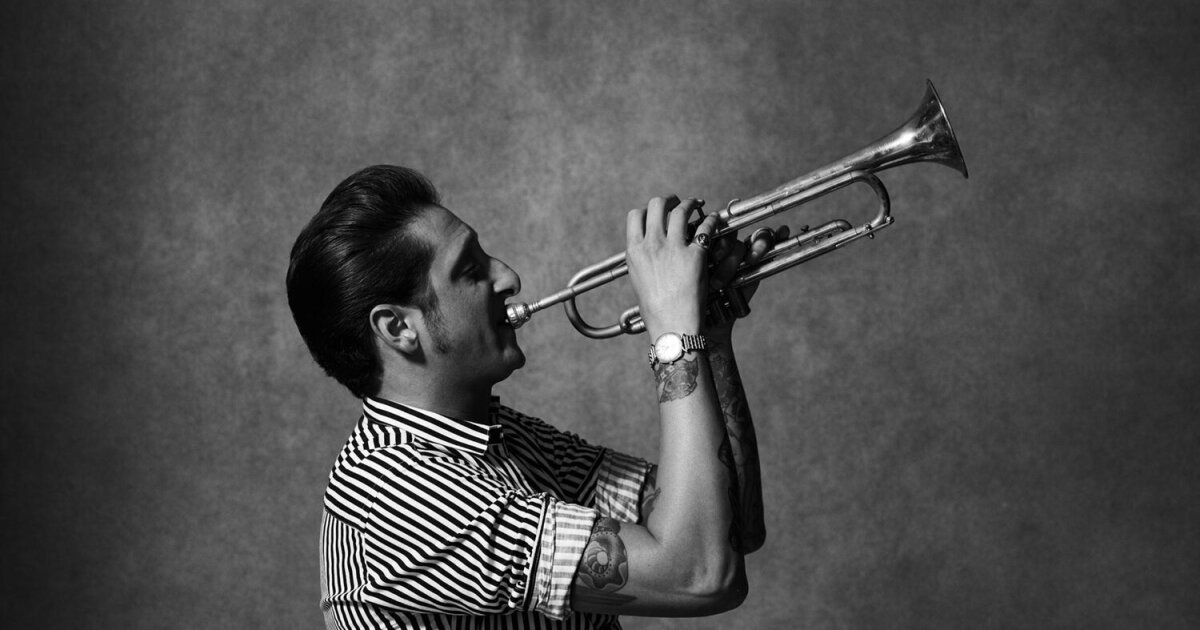 Venue owners and promoters have been scrambling to get the live entertainment stream going again at the end of the summer. Whether it’s the delta variant, government restrictions or national reluctance to be among the people, everyone is moving with caution. I spoke with American jazz musician, singer and trumpeter Brian Newman about what it’s like to perform in front of a real audience again.

“For me, the biggest part of music is about making people feel like they’re part of our show. So it’s a big deal to have that interaction, you know. Even if it’s just eyes In an effort to combat the spread of COVID-December 19 in Las Vegas, the State of Nevada has required everyone, including fully vaccinated people, to wear a mask in indoor public places.

“In Vegas it’s a little different. Like saying we were just in New York and we played, we played Radio City for 6,000 people without a mask. We were with Tony Bennett and Lady Gaga, a orchestra of 40 musicians. There were heavy tests. We were tested every two days.

Even with all the covid-19 rules in place, the musician decided to give Nevada a freebie by releasing “Brian Newman After Dark” in Vegas before heading back to the East Coast.

“It’s like we’re taking New York to Las Vegas. It’s the New York band. It’s my wife, she’s a wonderful, amazing burlesque dancer, she dances with us. And then we have a lot of “special guests from Vegas and LA. Incredible musicians coming through town. We had everyone from Ashanti to Lady Gaga to Robby Krieger, from the Doors to Terence Blanchard who did all the soundtracks for all these movies by Spike Lee. He’s just an amazing cat, he’s done so much more than that too. He’s one of my favorites. To have these kind of cats that want to sit down and want to be a part of that. It means a lot . “

Although he’s played with jazz legends and pop stars, according to Brian, he STILL hasn’t “made it” and still has a long way to go. With such accolades and the privilege of working with his wife, burlesque superstar Angie Pontani, you could say his life is pretty good.

“Oh yeah yeah that’s good. Even though sometimes she wants to kill me, we always have a great time. After a year of virtual performances, the world is ready for great live entertainment.” in Atlantic City.

“We played with Stevie Wonder on ‘Songs in the Key of Life’. And he lives in Vegas, he goes out and sits with us with his son and daughters who are coming back this weekend to sing. It’s just like that kind of You never know who’s gonna show up and it’s always and it’s always spontaneous, it’s always good And no matter how many times you come, you’ll always have a different show.

This feature is part of the Newark News & Story collaboration made possible through financial support from the Geraldine R. Dodge Foundation and The Victoria Foundation. The Newark News and Story Collaborative trains community members in storytelling, media making, and other creative art forms to share and amplify their experiences. It lays the foundation for a collaborative network that will address long-standing information inequities in Newark, New Jersey. For more information and stories, visit newarkstories.com.

2021-08-28
Previous Post: Brandee Younger, Lee Morgan and more
Next Post: Lee Morgan’s ‘Live at the Lighthouse’ was a farewell masterpiece | The music