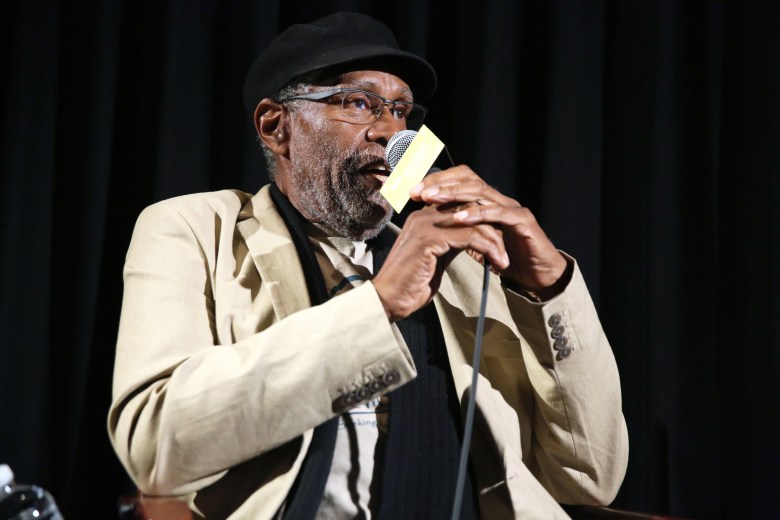 Jazz musician Lee Morgan was shot and killed in a jazz club in 1972 aged just 33 – by his wife, Helen Morgan. Kasper Collin brings the trumpet prodigy to life in the documentary ‘I Called Him Morgan’, telling the story of his career and tragic death through interviews with Helen recorded by a jazz DJ a month before his own death in 1996, as well as that of Morgan. jazz peers.

After a screening as part of the International Documentary Association’s annual screening series, saxophonist Bennie Maupin, who appears in the documentary, reflected on the life and death of his friend, and the effect it had has had on the jazz community.

“He was his worst enemy, but he was a brilliant person,” Mapuin said. “He was a prodigy and he was sensitive.”

Watching the film helped him learn more about Lee and Helen, he said. “This film allows me to put an end to what happened, because I lost two friends.”

Helen was “compassionate beyond anything I could imagine,” Maupin said of her late friend. “She wanted to help him and in return he helped her. As a person, she was great. She was tough. You have to be tough to be in New York, and she was. She was very, very warm… just nice to be around.

It made things even more difficult when he was in San Francisco recording with Herbie Hancock and got the call that Lee had been killed – by Helen.

“It was perhaps the most difficult time,” he said. “I was just confused. I didn’t know what was going on in New York, but there was a lot of anger…I had no way to come back for the funeral, so I went through a period of grieving very deep because I missed him.

Maupin reflected on the last conversation he had with Lee before his death, in which he said he was trying to wean himself off the methadone he was taking after recovering from his heroin addiction and had quit smoking.

In the end, Maupin says, he was able to conclude with Helen.

“I wasn’t mad at Helen. After a while, I felt that I wished that Lee had been able to handle the situation better and not be violent towards her, because whatever happened there that was described, it triggered this thing from his past,” he said. “It was temporary madness. When she killed him, she killed herself.

Watch the Q&A excerpts below:

“I Called Him Morgan” is streaming now on Netflix.

The IDA Documentary Screening Series presents some of the most acclaimed documentary films of the year to the IDA community and members of industry guilds and organizations. Films selected for the series enjoy exclusive access to an audience of tastemakers and documentary enthusiasts during the important awards campaign season from September to November. For more information on the series and a full schedule, visit IDA.

Register: Stay up to date with the latest film and TV news! Sign up for our email newsletters here.