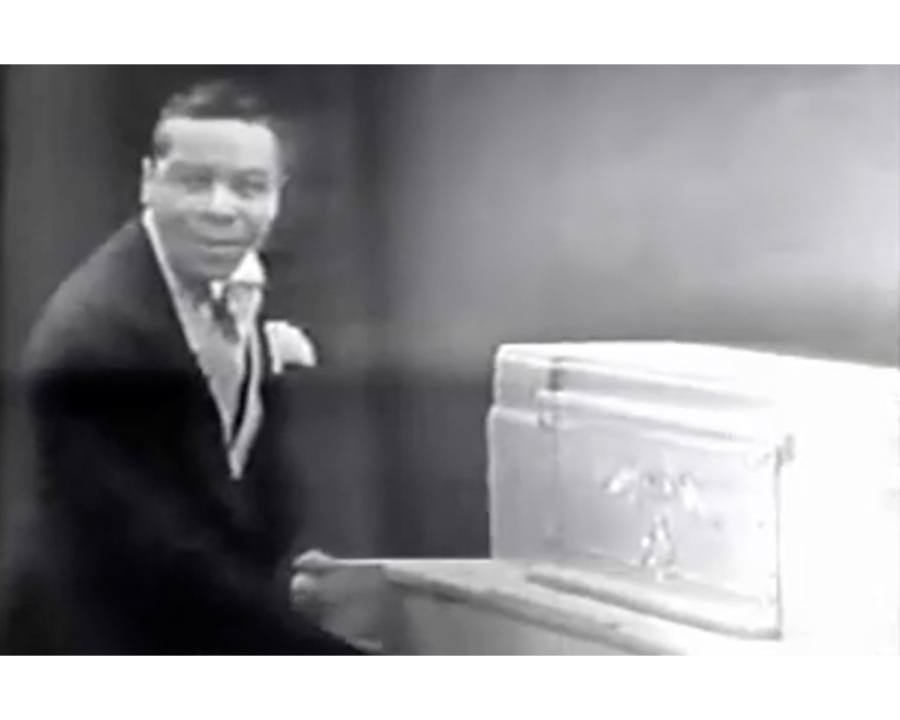 A historical marker will be dedicated to the late Maurice Rocco, an internationally renowned jazz musician and actor born in Oxford. The event will take place at 2 p.m. on Saturday, March 19 at Woodside Cemetery. All are welcome.

The Oxford NAACP and the Smith Library of Regional History collaborated on this project. One side of the marker will be for Rocco, who died in 1976. The other side will be for Woodside Cemetery, which is Oxford’s only public cemetery, according to a Smith Library press release.

Benjamin Tausig, associate professor of music at the State University of New York at Stony Brook, will be the keynote speaker for the event.

Rocco was a black homosexual who, according to Tausig, had disappeared from popular culture years before his death. As a result, few people remember this world famous musician.

“The United States was racist and homophobic, and he wanted nothing to do with it. So I think he left on purpose, and when he left on purpose, of course, people were like, ‘Why would we think of him?’ Tausig said. “I think it was a historic change. I think now people are interested in these kinds of stories that got lost. It’s a good time for (the dedication).

Several others will also deliver remarks, including Fran Jackson, president of the Oxford NAACP; Richard Sollman, Chairman of the Advisory Board of the WE Smith Family Charitable Trust and the Smith Library of Regional History; Alison Susor, Empowered Museums Coordinator, Ohio History Connection; and William Snavely, Mayor of Oxford.

The Smith Library and the Oxford NAACP obtained grants from the WE Smith Family Charitable Trust to fund this project.

Valerie Elliot is the former director of the Smith Library. She retired from that position but continued to work on this project because she wanted to complete it. Like Tausig, she was fascinated by Rocco. The two have been in communication to find out more about Rocco for the past three years.

“Having such a remarkable musician with ties to Oxford is an exciting thing to celebrate,” said Elliot.

According to a biography of WBSS Media, Rocco was born Maurice John Rockhold on June 26, 1915 in Oxford. His mother was a music teacher and taught him to play the classical piano from an early age. Some say he was so young he couldn’t reach the pedals while seated, which is how he started his style of playing while standing. Tausig said it’s more likely that he realized how entertaining this style was for people during his teenage years.

Tausig said Rocco enjoyed traveling to perform, but his first big break came when he started working with the Rogers Sisters at the Kit Kat Club in New York City in the mid-1930s. Their act was called The Three Roccos. It was after this that Rocco legally changed his surname from Rockhold.

Although he was unable to serve in the military during World War II due to poor eyesight, he worked to entertain American troops with his music. In 1945, the same year of his brief marriage, Rocco appeared in the film “Incendiary Bond”, which was his most famous film role.

After getting in trouble with law enforcement over bounced checks, he moved to Europe, then eventually to Thailand, where he spent the last 10 years of his life. He was found dead on March 25, 1976, stabbed to death in his own apartment.

Rocco was known for his “boogie-woogie” style while playing the piano. He also composes his own songs. His style influenced Little Richard and Jerry Lee Lewis.

“He was actually a very important contributor to the history of rock and roll,” Tausig said. “He didn’t play rock and roll, it wasn’t his style, but he developed this way of playing that was really exciting to watch. It was really very engaging performing art, and a lot of people ended up copying it. So he basically ended up creating a template for how rock and roll would be interpreted. A lot of people took a lot from him.

Elliot said Rocco no longer had family in Oxford at the time of his death, but his friends ensured he was cremated and buried with his parents in Woodside Cemetery, although he currently has no stone. grave. The headstone project started as an initiative to get a headstone and then evolved into the upcoming ceremony.

Tausig is currently in the final stages of writing a book about Rocco titled “Bangkok After Dark: Maurice Rocco and Cold War Global Nightlife”. He estimates it will hit shelves in the summer of 2023.