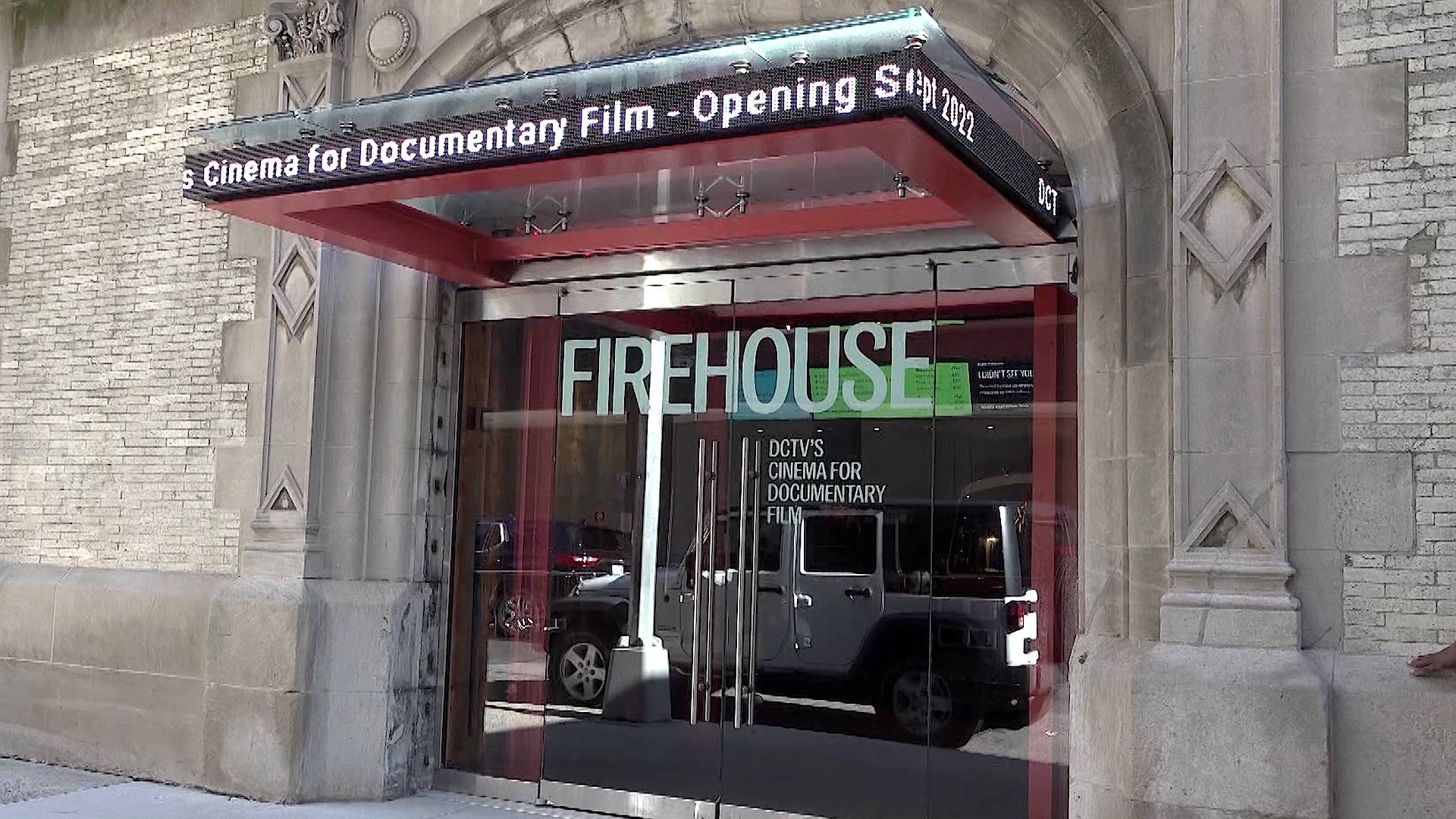 This is an urgent transcription. The copy may not be in its final form.

FRIEND GOOD MAN: This is Democracy now!Democracynow.org, The War and Peace Report. I am Amy Goodman.

KEIKO TSUNO: Fifty years ago, we would never have imagined that this theater would become a reality. At that time, we started our theater from an old milk truck, and our audience from passers-by. And so, this is something that we never anticipated and never imagined. … With this new theater, we will be able to reach even more people and transform more lives.

MEMBER OF THE BOARD ALEXANDER MARTEN: A lot of people here know Jon or Keiko through their international work, whether it’s going to Cuba and being one of the first documentarians to interview Fidel Castro, or his work in Russia or his work in the Amazon or his work in the Middle East . But here in the community, we know him for what he’s done here for decades, whether it’s interviewing garment workers as they battled their bosses over working conditions and hours abusive jobs, or using his TV truck along pantry lines to teach people how to speak English, where he would ride and read — helping them read what’s on screen, or documenting what happened to our community after 9/11 or during the pandemic, and now with this fight, prevent the tallest prison in the world from being built here in Chinatown and Lower Manhattan.

FRIEND GOOD MAN: For more on the opening of Firehouse: DCTV’s Cinema for Documentary Film, we’re joined by co-founder and co-executive director Jon Alpert and filmmaker Craig Renaud, who we’ll talk more about in a minute.

First of all, Jon, congratulations on both the cinema opening and also just last night you won another Emmy, this time it’s a News and Documentary Emmy for Outstanding Crime and Justice Documentary for your HBO film Life of Crime: 1984-2020, about three friends from Newark, New Jersey, and their addictions, whom you have followed for decades. Welcome back to Democracy now!and congratulations.

Jon ALPERT: Thanks Amy. Look, I was hoping we could be in the studio. Everybody has DCTV said, “Democracy now! T-shirts, please, please!

FRIEND GOOD MAN: Well, I wish we were there with you at the fire station studios. But it’s so beautiful to see what you’ve created at DCTV at present. Can you talk about – well, take it where Chris Marte left off. Put that Firehouse Cinema for us, where it is, right there in Chinatown, what’s next to it, and what you hope to accomplish with it.

Jon ALPERT: Well, he actually inhabits some of the old Democracy now! studio. And so, the vibrations that emanate from your presence there have really blessed us and inspired us.

We wanted to build something that really respects and pays homage to documentaries. You have seen the theatre. It is the most beautiful theater in the city. It’s completely interactive. We can connect two places in the world, so we can have discussions with Kazakhstan, we can have discussions with you. And that’s the documentary theater that we wish we had in our careers and we always had the dregs of everything that was happening in the world of cinema. We are documentarians. We built it for the documentary community. And we want everyone to come. You will see from the programming, from the gentleman who comes next, that it will be a different type of theatre, which will serve the community. That’s the good news.

The bad news is that it is 90 feet from what is expected to be the world’s first skyscraper. It’s a 40-story, $9.5 billion prison – no money for schools, no money for housing, no money for health care, but money for bars of iron. I mean, it’s almost incomprehensible that anyone thinks this is a good plan. Everyone in the community opposes it. This is probably the physical end of DCTV if this is built. It’s over for us. It’s definitely over for the community. And we’re trying to bring the city to its senses, because we’ve got two perfectly good prisons that were built there recently that can just be retrofitted. If you repurpose those prisons and then take the savings and spend them on things that keep people out of jail, giving people opportunities, that will be wonderful. We hope the city will come to its senses —

FRIEND GOOD MAN: You know, very quickly on that —

Jon ALPERT: — because, otherwise, this new theater that we have built no longer exists.

FRIEND GOOD MAN: – right next to us, as we were there too, broadcasting for years, was Bernie Kerik’s detention complex. That’s what it was called, just down the street from your house. And then they had to take down that sign when Bernie Kerik was actually imprisoned there, the former New York police commissioner. But just so people understand, and we want to move on, but it’s so critical, when you say a “jailscraper”, what are you talking about?

Jon ALPERT: We’re talking about a building that’s probably a third the size of the Empire State Building, which is a prison. You know, New York has a hell of a prison right now with Rikers Island. And the plan is to build local jails in the community. Our community supports that, but we don’t support what is essentially a gigantic hog barrel program to fund everything else and just build iron bars. It’s really a bad idea.