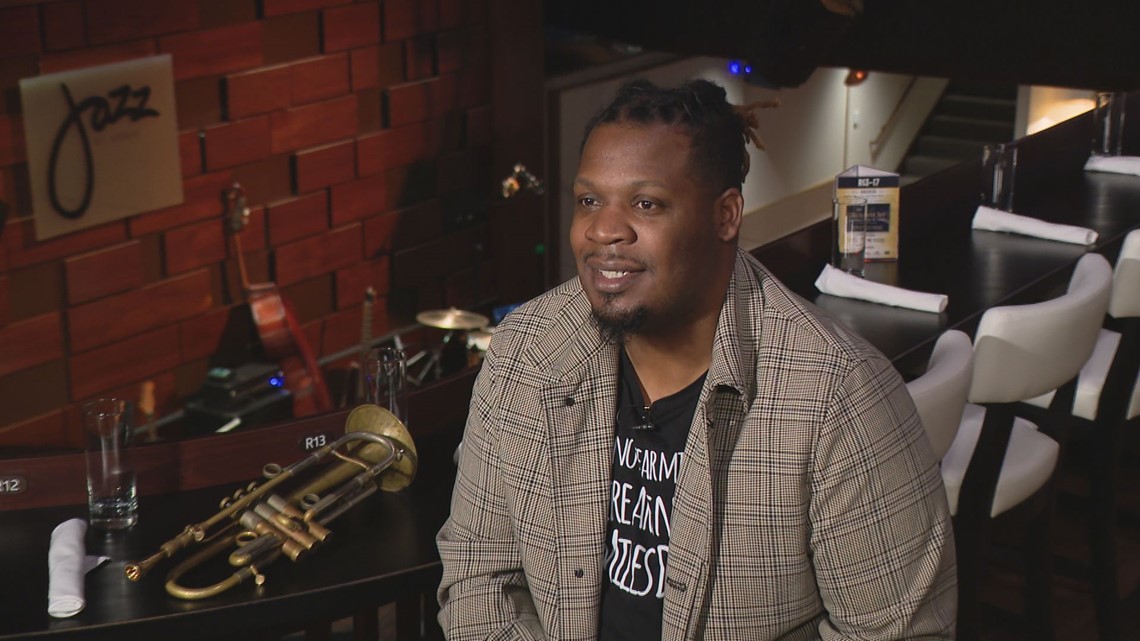 “I studied music here, went to McCluer High School, then moved to New York to pursue my dreams as a jazz musician,” Harrold said.

Over the past 20 years in the Big Apple, he has worked with many artists like Common, Beyoncé and Maxwell. In 2009, he released his first solo album “Introducing Keyon Harrold”. Now he’s back home adding Creative Advisor of Jazz St. Louis to his resume.

“I have the opportunity to really affect some lives and bring some really creative projects to St. Louis, new energy, new vibes,” Harrold said.

We weren’t able to film the soundcheck or the performance, but Harrold will be there for three years to share his story and bring his own kind of activism to the stage.

Part of his musical inspiration comes from experience.

After seeing the uprisings in her hometown since the shooting of Michael Brown and a woman who falsely accused her son of stealing his cellphone, a video has gone viral.

“My son was attacked and we had to go through this whole process, but the beauty of the tragedy is that my son and I are still here to talk about it,” Harrold said.

“Taking up the mantle of the already rich history here in music, in St. Louis from Miles Davis to Clark Terry and so many other amazing people to go the extra mile to get amazing people to bring creative collaborations just to organize amazing stuff, man,” Harrold said.

It will focus on annual performances that reflect the St. Louis community throughout the 2023-24 season.

2021-12-05
Previous Post: Official trailer for the documentary film “Great Balloon Bomb Invasion”
Next Post: Onir’s documentary film on the world of contemporary art will be screened on December 9