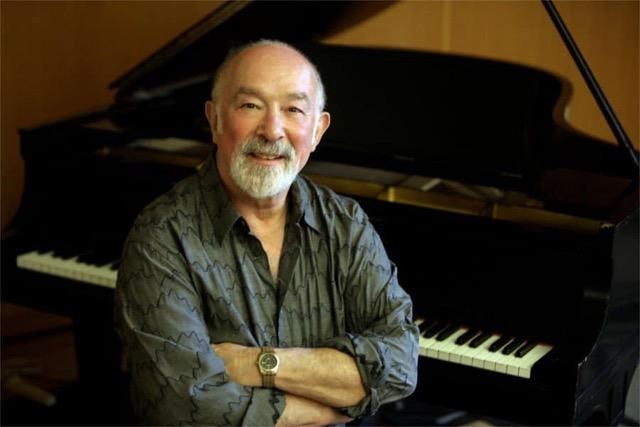 The acclaimed musician, who was also a noted educator and author, was 83.

News of his death quickly spread on social media, with his many friends and admirers posting tributes to the influential jazz musician who played with greats like Woody Shaw, Pete Escovedo, Stan Getz, Cal Tjader, Houston Person and Bobby Hutcherson.

Levine, a New Hampshire native who moved west to the Bay Area in the ’70s, played both piano and valve trombone. He was a renowned sideman as well as an accomplished bandleader. His discography includes popular tracks such as 1985’s “Smiley and Me”, 1997’s “One Notch Up” and 2000’s “Hey, It’s Me”.

“Mark Levine’s passing is a great loss to the Latin jazz world and the Bay Area,” Bay Area musician Danilo Paiz posted on Facebook. “My memories of working with him go back to when he was a pianist and I was the bongocero in Benny Velarde’s band playing Reunion in San Francisco on Union Street.”

Renowned Latin jazz bandleader Pete Escovedo remarked that Levine was “such a great musician and a wonderful human being”.

“So many great memories of playing together and just hanging out. Being with Mark has always been an education,” Escovedo said, referring to Levine as “a real Latin jazz player. “Make more music in heaven my friend. Thank you for your contribution to the music we all love.

Michael Spiro is another local Latin jazz musician who speaks enthusiastically of Levine’s contribution to the art form.

“One could legitimately argue that Mark Levine was the truest Latin jazz artist of our time (with all due respect of course to the guys at Fort Apache, Chucho, etc.),” Spiro posted on Facebook. “He wasn’t just playing clave standards (an Afro-Cuban rhythm), or music with instrumental solos over a few clave chords, he was playing seriously complex tunes harmonically in clave. He was not satisfied with reharmonizing standards, he played modern jazz as a clave… .

Besides his towering musical career, Levine was known for his generous spirit and willingness to help other musicians.

“I am deeply saddened by the passing of a truly wonderful musician and person, Mark Levine,” said Phil Grenadier, a former member of the Mark Levine Quintet. “He was one of the most instrumental reasons for me to keep playing music because he taught me so much during my founding period. He put me in his quintet when he had to quit to play the trombone.

“So many fantastic memories together, too many to tell, but I’m forever grateful to Mark Levine. I’ve told him many times, but he’s always been hesitant.

Levine’s mark on music extended far beyond the stage and the recording studio. He also published two highly acclaimed method books in the 90s – “The Jazz Piano Book” and “The Jazz Theory Book”.

He was also a noted educator, having taught at Diablo Valley College, Mills College, the San Francisco Conservatory of Music, and other schools.

Levine is survived by his wife Norma Smith.