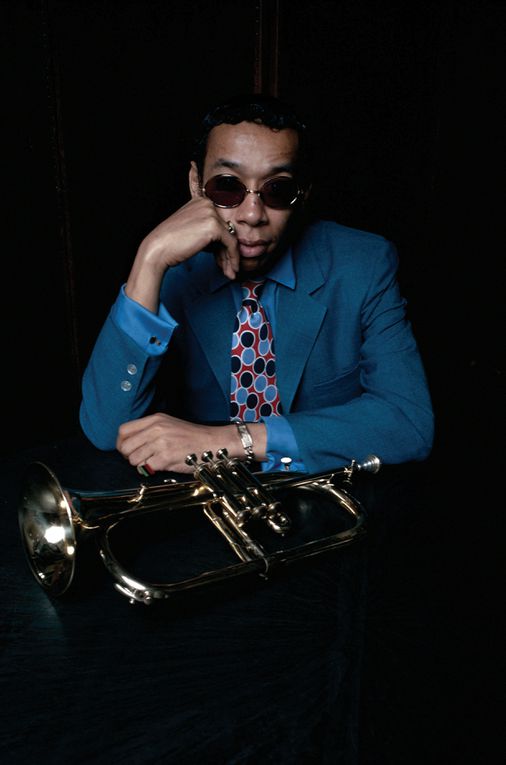 “So we’ll just go on and do our usual thing,” trumpeter Lee Morgan announces before the first of four Friday night sets at the Lighthouse, a renowned oceanfront jazz club in Hermosa Beach, California. It’s July 1970, and Morgan and his task force have already been in residence here for over a week. Now his label, Blue Note, has settled in to record the final weekend of the race for a live album.

Surprisingly for a musician of his caliber, Morgan had never recorded a live album under his own name. And the stakes were high. He was already on his second comeback from a drug addiction that had nearly destroyed his career. That Friday night, he might have launched into the first set calling out “The Sidewinder” or “Ceora,” beloved tunes that had made him a star the previous decade. But he had no intention of playing it safe. That became clear when Morgan opened with “The Beehive,” a complex piece by pianist Harold Mabern played at breakneck speed. Pushed by the furious drums of Mickey Roker, the group sinks into it and never looks back.

Four tracks were chosen for the double album “Live at the Lighthouse”, released in 1971, a year before Morgan’s untimely death. An expanded three-CD set saw the light of day in 1996. Now Blue Note has re-opened the vaults and released “The Complete Live at the Lighthouse” (out Friday), featuring all of the surviving recordings from that weekend engagement: 12 sets of music spread over eight CDs or 12 LPs.

Get the Big Task

Your guide to staying entertained, from live shows and outdoor entertainment to what’s new in museums, movies, TV, books, restaurants and more.

It’s hard to overstate the importance of this epic collection, which was produced with meticulous care by David Weiss and Zev Feldman. Like Miles Davis’ Plugged Nickel sets or John Coltrane’s Village Vanguard, it restores the entirety of material that was hitherto only available in incomplete form. No matter how sound the curatorial choices that guided previous releases, the full music sweep only emerges in complete form. What “The Complete Live at the Lighthouse” makes overwhelmingly clear is that Morgan had reached a place that his earlier efforts had only hinted at.

This was partly due to the band he had assembled six months earlier: Mabern, Roker, saxophonist/bass clarinetist Bennie Maupin and bassist Jymie Merritt. All top flight players in their own right, at this point in the lighthouse run, they operated on collective instinct – shifting gears and changing pace as one unit. More fundamentally, this quintet is absolutely baked, spitting fire and playing with a relentlessness that, as the full performance list attests, never stopped. Roker’s thunderous drumming provided the propulsion, Mabern’s rock-solid composition and Merritt’s perfect time provided cohesion. Maupin’s playing – closer to the avant-garde than Morgan’s previous sidemen – seems to push the trumpeter into more exploratory realms.

The choice of materials was also daring. There were no standards, and Morgan largely avoided familiar fare and focused on newer tunes composed by Maupin, Mabern and Merritt, much of it much more challenging than the conventional hard bop tunes that litter Morgan’s Blue Note discography. Merritt’s “Absolutions” and Maupin’s “Neophilia,” both built on harmonically static grooves, get three performances each in this set; none last less than 19 minutes, each soloist seeking how far they can push the limits of music. Morgan, whose technique could be inconsistent in his later years, oozes confidence, especially in searing tunes like Maupin’s “The Beehive” and “410 East 10th Street.” The full set also gives listeners the chance to hear the subtle differences between tunes from night to night. Only once in this collection does Morgan go for one of his hits: On Friday night’s third set, the band launches into the funky riff of “The Sidewinder” and, much to the delight of the audience, proceeds to do drop the balloon lid.

Nineteen months after the race for the lighthouse, Morgan was gone, shot by his common-law wife at an East Village jazz club. He was only 33 years old and the original “Live at the Lighthouse” was the last album released during his lifetime. It is tempting, even agonizing, to speculate on what might have happened next. What is clear is that “The Complete Live at the Lighthouse,” with its outpouring of inner tension and cheerful, brash energy, stands as the definitive cornerstone of Morgan’s vastly shortened career. I doubt the year will give us a bigger archival jazz release.