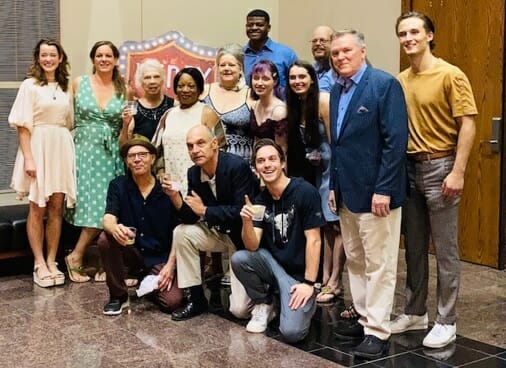 A new documentary “Heartbreak Henry: The Show Must Go On,” filmed and edited by Mike Fagans, assistant professor of journalism at the University of Mississippi, will screen today at 6 p.m. at the Overby Center.

The public is invited to attend.

Fagans’ film documents the making of “The Heartbreak Henry”, a comedy by David Sheffield presented by Theater Oxford from August 12-15, 2021, at the Gertrude C. Ford Center for the Performing Arts.

In 1967, as an undergraduate at the University of Mississippi, 19-year-old David Sheffield was the student manager of the Henry Residential Hotel located in the building that now houses Rafters Blues House in Oxford.

‘The Heartbreak Henry’ features some of the grumpy, controversial and confused patrons who frequented the dilapidated hotel when Sheffield was manager.

“It’s a coming of age story set in the late 60s, a time of great change where free love, civil rights and Viet Nam were happening,” Sheffield said. “I went to Ole Miss for an education, but the real education was at the Henry Hotel. I saw things at the Henry that I never saw at home.

After leaving Oxford, Sheffield went on to a distinguished career as head writer of ‘Saturday Night Live’ and co-writer of the films ‘Coming To/2 America’, ‘The Nutty Professor’, ‘Boomerang’ and others. Eddie Murphy movies.

But he never forgot his time at the Henry Hotel.

The Docs Without Borders Film Festival has designated “Heartbreak Henry: The Show Must Go On” as the official selection for its 2022 competition. Mississippi Public Broadcasting has expressed interest in airing Fagans’ documentary. A release date is yet to be determined.

“Ginnie memorized the part in 24 hours,” Sheffield said. “In the end, it all came together.”