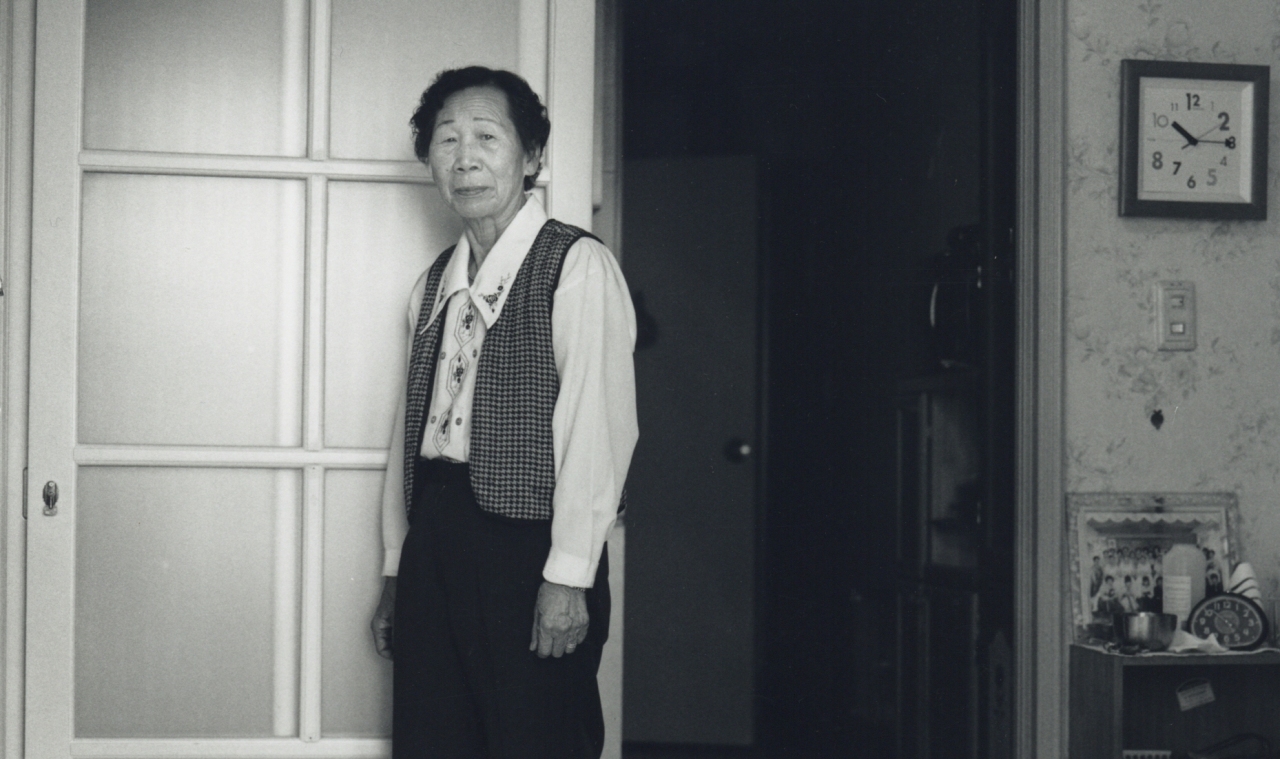 By: Margaret J. Faulkner
In: Documentary film
The late Kim Soon-ak had testified about her experience living as a wartime Japanese military sex slave, as well as her life as a housekeeper after the liberation of Korea before her death in 2010.

However, there were parts of her life that she had been reluctant to talk about in public for some time.

After the end of the Japanese colonial period, she lived in red-light districts and did sex work in an American military camp to survive.

Director Park Moon-chil’s documentary film “Comfort” reveals this little-known part of her story and why she had to make these choices through the voices of today’s women.

“Many people know former comfort women as victims of war or protesters who share their experience as sex slaves. I thought it would be interesting to show a story about their life between these two periods,” Park said at a press conference held at CGV Yongsan in Seoul on Wednesday.

The documentary project began with funds from Daegu Citizen’s Forum for Halmuni, an organization that runs Heeum, a museum about Japanese military wartime sex slaves in Daegu.

Park said that was when he had access to the organization’s data and learned in detail about the late Kim’s existence.

“I felt especially attached to her,” Park said. “She seemed fun and charismatic. I was drawn to his character.

The director also thought it was important to get her story out there.

“I think she fulfilled her role as a victim by leaving important historical testimony through oral discourse,” Park said. “She left an important record, but it’s not spreading. So I thought a lot about how to make the story relevant to people today.

He said the solution he found was to make women, who spoke out about their experiences as victims of sexual misconduct and who participated in the #MeToo movement, part of his film.

“I wanted to see what they had learned from the comfort women’s experiences. I thought it might bring those historic documents back to life,” the director said.

The director also added that it was difficult to find artists who could read Kim’s testimony in his documentary film.

Also, because their full faces appear in the film, it wasn’t easy to find participants, Park said.

Park’s film also showcases the artistic side of the late Kim, showing how she created artwork with dried flowers and plants.

“People tend to think comfort woman movies are deep and dark, but this movie is warm and accessible,” Park said at the end of the press conference.

The documentary film will be released in local theaters on February 23.