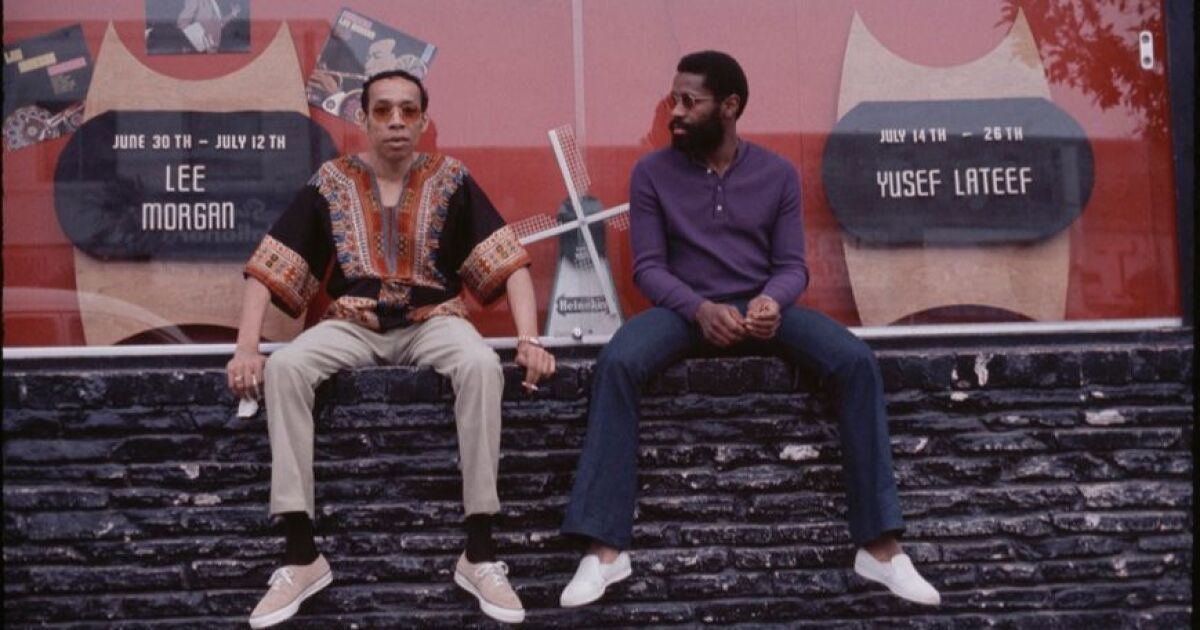 One snowy night in February 1972, Helen Morgan reached into her bag and pulled out the gun her husband, Lee, had bought for her.

Lee, a 33-year-old jazz trumpeter who rose to fame as a teenager, was about to perform at Slug’s Saloon, a nightclub in New York’s East Village. His mistress Judith sat by the door. They had arrived together.

Helen impulsively shot Lee, hitting him in the chest. The shooting, in front of friends and fans, was not immediately fatal; Lee bled to death after an ambulance took almost an hour to arrive due to snow conditions. Helen pleaded guilty to second-degree manslaughter and served a brief stint in jail before retiring into obscurity.

Lee is now the focus of a documentary, “I Called Him Morgan,” by Swedish filmmaker Kasper Collin. The film, which premieres Friday, features archival footage of the trumpeter, clips of his music and interviews with those closest to him and his wife, including friends and former bandmates. The documentary, which was released last year but just had its West Coast premiere, also features audio from a tape interview with Helen, who died in 1996.

The Times caught up with Collin to talk jazz, complex love affairs and that fateful night in 1972.

Why did you choose to tell the story of the Morgans now?

I think it was seven or eight years ago now that I was looking at YouTube and came across this amazing clip of Lee Morgan playing with Art Blakey and the Jazz Messengers in Japan in 1961. They were playing a composition called “Dat Dere” by Bobby Timmons, and it was Lee Morgan’s solo. I had never heard anyone play the trumpet like that before, and it was incredibly moving, a real knockout for me. I had listened to a lot of jazz, but I had never listened to Lee so much, I had never realized [how great he was]. So from there, I got very interested in him and his music and started thinking about the possibility of making a film.

[In my initial research] I realized that there were still quite a few people around [who knew Lee], and I started talking with them. And most of them started talking about the last four years of Lee Morgan’s life and the relationship he had with a woman named Helen. And they spoke of her in a very positive and loving way and said that she helped him come back, almost saved him from a heroin addiction that threatened to kill him. And then I realized it was the same woman who shot him. I did not know this story of almost Shakespearean or Greek tragedy [until then]. And also, when people talked about her, it was a lot of mixed feelings, [and] I realized they were as close friends to Lee as they were to Helen. On that very sad night when Lee died, when Helen shot him, the people around didn’t lose a single one, they lost two good friends.

What is the significance of this story outside of the jazz community?

It’s a wonderful introduction to the world of this music. But also, it is the story of this woman, Helen, who came from poverty and poor circumstances outside of Wilmington, North Carolina. She had her first child at 13 and her second at 14, then left her children behind and went on a trip, really. She ended up in New York, where she created a new life and became Lee Morgan’s manager, having found, brought back and helped him. She’s really recreated herself, and that’s pretty remarkable. Then this very unfortunate event happened where she killed Lee Morgan, and after that she goes home to the southern United States. So we have his journey through the film, which is a very fascinating story.

What did you end up thinking of Helen?

[Even] as we kind of navigate that inevitable final night, I have a responsibility as a filmmaker, as a director, to portray people as complex human beings, as we all are. And that’s what I tried to do with the possible means, because, looking back, we only have memories: those fragments of his voice, his voice, all the still images, his fantastic music, all the memories of the people who were there. This is all memory hardware I work with. And I kind of liked that it all ended in this blizzard, this snowy night, and it’s kind of dreamlike when you look at it. But at the same time, they had a great time together. Until then, there were many happy moments like in all relationships. But as to what I think of Helen, I’m no judge, she was a human being. It’s almost as if there were two protagonists in this case.

In the audio recording, Helen talks about how she called Lee “Morgan”, rather than his first name. Why choose this quote for the title of the film?

It’s very representative of the film, and it gave direction to the film when we edited it. And it was a title that I liked, it was a title that, in a way, says a lot about their complex relationship, I think, even if it is not understood at the start. You can tell the complexities of the relationship. Also, because the film is partly told from his point of view, it’s also something unique, that we actually see this world from his point of view. But I want to be very, very clear that this is a love letter to Lee and Helen and this amazing music that brought them together. I can’t imagine my life without this kind of music, so it’s truly a love letter to everyone who makes this music possible, and that includes Helen.

2017-03-29
Previous Post: Film sheds light on the brilliant life and ugly death of jazzman Lee Morgan
Next Post: ‘I Called Him Morgan’: The Tragic Story of a Jazz Musician Murdered in His Heyday