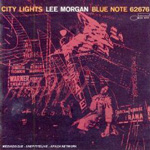 This album may not have the same status as Charlie Chaplin’s revered film of the same title, but it’s a session that evokes similar feelings. Like the beloved Tramp, Lee Morgan earns our respect with a performance of exceptional warmth and dignity, grace and beauty, peppered with moments of sweet humor. His playing on this session anticipates, more than his immediately later recordings, the composer of the sublimely poetic “Ceora” (corn bread1965).

Thanks also to Benny Golson, who provided three of the five pieces and the arrangements for the sextet on this date. Starting with Lee Morgan Sextet (December 1956) at city ​​lights (August 1957), Golson provided four consecutive recordings of material for the developing session leader—compositions and textures that would showcase the young artist while giving shape and focus to his creative energies. Clifford Brown had much the same idea in mind with a very “West Coast-sounding” self-titled septet date featuring the trumpet giant playing arrangements by Jack Montrose (Pacific Jazz, 1954).

After city ​​lightsMorgan would continue his prolific output of recordings but increasingly take on the burden – as one of only two horns on The Cook (September 1957) and the only horn on Candy (November 1957). As much latitude is given to the gifted trumpeter on these last two dates, as much the formal constraints of city ​​lights turn out to be no less gratifying – on the contrary, they serve as a luminous foil, showcasing the inventions of the artist and magnifying his unique talent.

The opening title track sounds like programmatic music for a movie before quickly turning into a standard bearer for the frontman. A mysterious two-note figure on the bass of Chambers is completed by that of Ray Bryant blurred area ticking pattern in the upper register, horns join in dramatic diminished chords synchronized with Art Taylor’s cymbal accents, the 24-bar chorus unfolds with a dizzying rush, and suddenly George Coleman’s tenor sax strikes the ground running, the whole scene over in thirty seconds that make your head spin!

Although Coleman is an auspicious entry on his first jazz recording, it only raises the stakes for Morgan, whose trumpet solo crackles with menacing fire, shifting to the upper register and doing an additional chorus on the momentum from Taylor’s flamethrower lasers. The trumpet player again takes top honors on Golson’s somewhat weighty “Tempo de Waltz”, though Coleman surprises with his flowing lines and Benny Carter tone on the viola.

Morgan’s solo on the beautiful, seldom-played ballad “You’re Mine You” seems quite capable of standing on its own, especially since Van Gelder’s democratic mix and flat aural canvas don’t do much. -something to flatter Golson’s subtle vocals. The program finds its rhythm again with Golson’s “Just By Myself,” a straight, mid-tempo 36-bar piece with a beautifully formed long Morgan serenade and a clever solo by Fuller (partly courtesy of Richard Rodgers).

The closest, “Kin Folks” by Gigi Gryce, is a lazy-tempo Bb blues that isn’t just another Bb blues. Golson’s additions, Chambers’ varied temporal feel, reflection of Bryant’s lore, and Taylor’s understated backing create a perfect playing field for all soloists, but especially the leader, who squeezes his valves, makes the notes do the talking. and leaves us with an unmistakable Morgan. “attitude.”