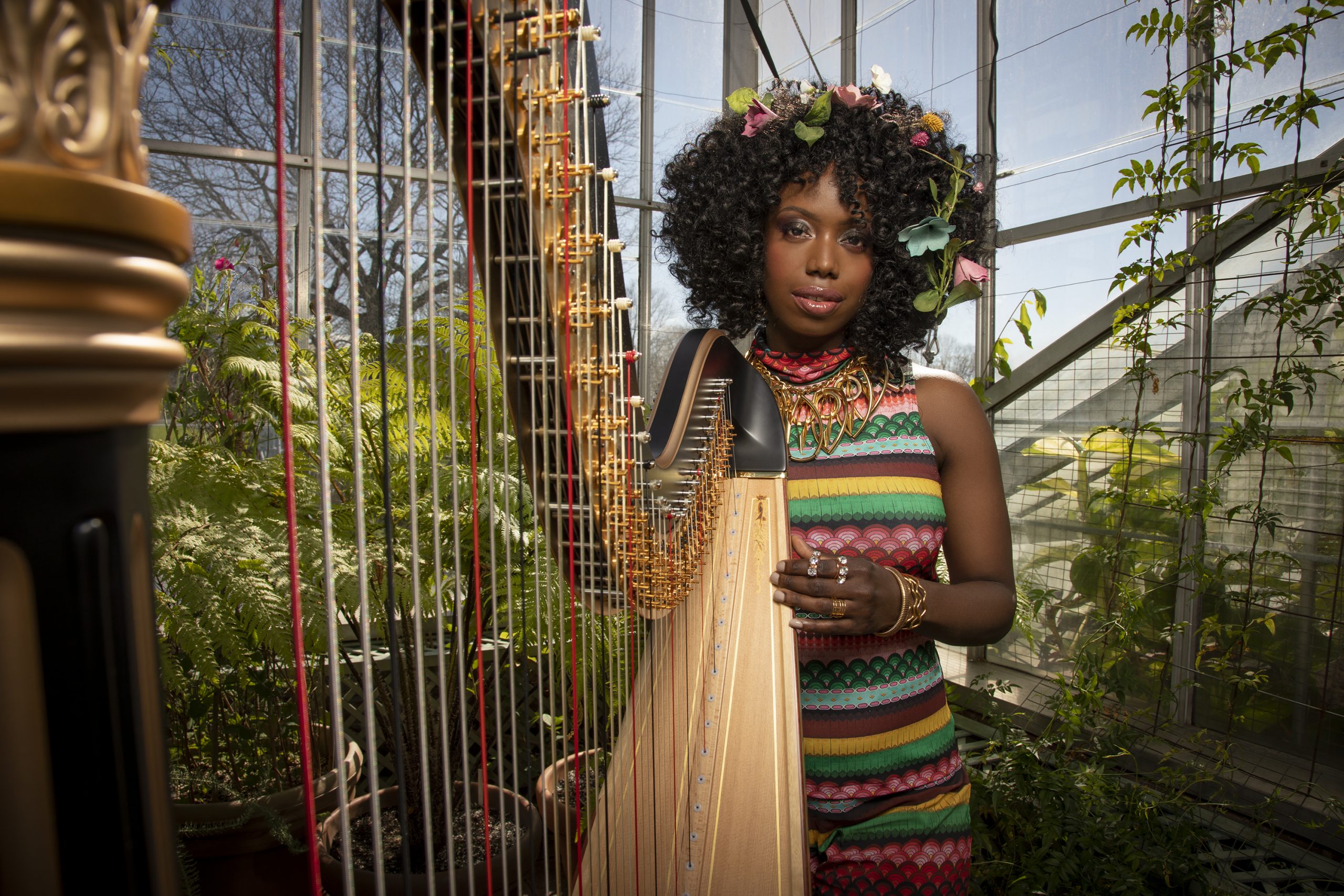 There were plenty of trumpeters in the 1960s, but the Big Four were Miles Davis, Freddie Hubbard, Donald Byrd and Lee Morgan. Davis was most outwardly obsessed with innovation and constant forward movement: his 1965-68 quintet blew hard bop to smithereens, and while people were still absorbing that group’s ideas, he moved on to something else, bringing in electric keyboards and eventually going full-on fusion. .

Donald Byrd was equally adventurous. He explored jazz “out” early, on the years 1962 free form – and had Herbie Hancock and Wayne Shorter in his band three years before Davis – and added an eight-member vocal ensemble on 1963 A new perspective. He switched to fusion at the same time as Davis, with 1969’s Fantasy Freeand ended up making some amazing, silky-smooth disco-jazz-funk albums in the 1970s.

Although Freddie Hubbard was best known as a traditional hard bop guy who could dig deep into the blues or run lightning-fast runs to a driving beat, he also had an experimental side. He was the only musician to appear on both Ornette Coleman free jazz and John Coltrane Ascent, two landmark recordings that pushed the boundaries of jazz. Hubbard’s technical skills and wall-busting power were an unstoppable combination in the mid-’60s, and even when he moved in a later slick R&B direction, the older Hubbard would come and tear the curtain down every once in a while. .

Lee Morgan was quite the equal of these three men. He began his career as a teenage phenom, recording his first album as a bandleader just months after his 18th birthday in November 1956. Soon after, he became a member of Art Blakey’s Jazz Messengers, paired with saxophonist Benny Golson. When Golson left, Morgan convinced Blakey to hire Wayne Shorter, and the albums the drummer recorded between 1959 and 1961, featuring those two on the front end, are his best known and most beloved.

In the early 1960s, Morgan recorded half a dozen albums for Blue Note which cemented his position as a major jazz star. Its release in 1963 The Sidewinder was a huge hit, Blue Note’s best-selling album at that time—its title track was even used in a Chrysler commercial. But Morgan, too, had an adventurous side; the title track of his album search for the new earthrecorded before The Sidewinder but shelved until 1966, was a nearly 16-minute stop-start modal jazz odyssey. He also played on trombonist Grachan Moncur III Evolutiona fascinating example of ‘inside-out’ jazz composition that blended avant-garde ideas with a deep feeling for the blues.

The incredible popularity of “The Sidewinder” allowed Morgan to continue recording and touring throughout the 1960s; he booked so many sessions, in fact, that Blue Note shelved about half of them at the time, releasing them in the 1970s and 1980s. He was also a prolific sideman, playing on albums by Joe Henderson, Andrew Hill, McCoy Tyner, Larry Young, Hank Mobley and many more. Tragically, his career ended when he was shot at the Slugs’ Saloon on East 3rd Street in New York City in February 1972, by his partner, Helen Morgan. He was 33 years old. (The 2016 documentary I called him Morganabout their relationship, is available for rent on Amazon.)

The last album Lee Morgan released during his lifetime was Live at the lighthouse, a double LP recorded over three nights – July 10-12 – in 1970 at a club in Hermosa Beach, California. In its original incarnation, it only had four tracks lasting 16–19 minutes. The group included Bennie Maupin on tenor saxophone, flute and bass clarinet; Harold Mabern on piano; Jymie Merritt (Morgan’s former bandmate in the Jazz Messengers) on bass; and Mickey Roker on drums. The music, although spread across the sides of the LP, was still very steeped in the tradition of hard bop. Morgan never showed much interest in funky soul jazz, despite the boogaloo rhythm that underpinned “The Sidewinder” and later tracks like “The Rumproller”, and he hadn’t made the switch to fusion. like Davis, Hubbard or Byrd (although a posthumous album, recorded in 1971, would feature Mabern on electric piano and electric and acoustic basses, played by Merritt and Reggie Workman respectively). They were complex compositions played with a real sense of dynamics and an exploratory mindset – they stretched the hard bop form as far as it could go. Some of Maupin’s saxophone solos move into a zone of heavy, almost free jazz, but never fully swing into Pharoah Sanders-esque screams and screams. He always pulls back from the abyss, and the band is always there to anchor him with powerful chords and a driving rhythm.

In 1996, Live at the lighthouse was expanded to a three-CD set; it now featured 12 tracks, plus a brief spoken introduction by Morgan. This version painted an even more vivid portrait of what he and his bandmates had been up to at the time. Almost all the compositions were new, with the exception of the versions of “Speedball” (from The gigolo, an album recorded in 1965 but not released until 1968) and “The Sidewinder”. Morgan had clearly been riding a wave of creative inspiration in 1970, working on a book of music – some of his own and others by Maupin, Mabern and Merritt – which he chose to document on stage rather than in the studio. . The three-CD version has been out of print for many years, and until recently was selling for ridiculous prices on Discogs and eBay. Not anymore, however.

This month, Blue Note finally went all out with this set, launching The integral live at the lighthouse. This new release, which comes on 12 LPs or eight CDs, contains the twelve sets Morgan and the band played this weekend – four sets per night on Friday, Saturday and Sunday. This release combines two of my favorite things: live albums that contain new/exclusive material not recorded in the studio, and live boxes that document a band’s entire tour at one location. He fits very well alongside Miles Davis Complete Live At The Plugged Nickel 1965 and Cellar Door Sessions 1970 sets, Sonny Rollins Integral live at the village gate 1962 (a bootleg, but easy enough to find), Cecil Taylor’s 2 T with a nice Tthat of Dave Douglas Brazen Heart live at Jazz Standardand others on my shelf.

Listening to it one or two sets at a time, you really get the full picture of what Morgan and company were doing, and how they thought about their work. There are three versions of “Absolutions”, “The Beehive”, “I Remember Britt”, “Neophilia”, “Peyote”, “Something Like This”, and “Yunjana”. They play “Nommo” twice, and “Aon” and “416 East 10th Street” (and “The Sidewinder”) just once each, and they use “Speedball” as their closing theme on six of the 12 sets, mostly on the first night. They usually last a minute or less, after which Morgan announces they’re taking a break and will be back shortly. To end the final set on Friday night, however, they play a nearly 12-minute version, with Jack DeJohnette sitting on drums. Friday was clearly the night to get to know each other; the band’s performance of “The Sidewinder” came during the third set, probably the one with the biggest crowd. Saturday and Sunday they went hardcore – brand new material all night long. During the late night sets on Saturday and Sunday, they only played two long tracks.

Side note: I find it interesting that the jazz bands played four sets, each lasting between 30 and 45 minutes. In the days before, when I went to jazz clubs, the sets were 65 to 75 minutes long and there were two or three at most. It’s probably part of jazz’s general shift from entertainment to art, and I can’t say if that’s good or bad, but it’s another way in which The integral live at the lighthouse is a time capsule.

It might seem like the kind of thing reserved for collectors and maniacs, but the performances are so adventurous and fiery, and the tunes are so good, that it’s definitely worth hearing. It’s been almost 50 years since Lee Morgan died, and people aren’t talking about his genius as much as they should. If he had lived, I have no doubt he would have continued to be one of the great names in jazz well into the 70s and 80s, if not longer. He was amazing, and this sidebar shows that despite all he accomplished in the 1950s and 1960s, he was just getting started.