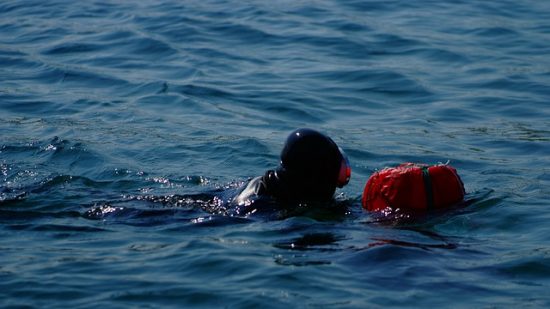 Apple Original Movies announced a new untitled documentary film from Extracurricular and A24, featuring the story of the legendary “haenyeo” from Jeju Island in South Korea. The film is directed by Peabody Award nominee Sue Kim (“The Speed ​​Cubers”), and is the first project in Apple TV+’s partnership with Malala Yousafzai’s production company Extracurricular.

The film tells the story of the “Mermaids of Korea,” elderly freedivers whose work fishing for seafood off Jeju Island has supported their community for generations. Matriarchs, breadwinners and rambunctious grandmothers, the number of haenyeo has dwindled in recent decades. But now their youngest descendants are helping to revive the revered and often dangerous way of life of their ancestors, while fighting to protect the ocean from impending environmental threats.

The co-production is from Extracurricular, the production company of women’s rights activist and Nobel laureate Malala Yousafzai, partnering with Apple TV+ to create original programming, and A24, which is also collaborating with Apple on the upcoming long-awaited documentary by Steve Martin.

Yousafzai and Erika Kennair, President of Extracurricular Productions, will produce alongside A24.

This documentary will join Apple’s list of acclaimed and award-winning documentaries, including docuseries and documentaries featuring the real-life stories of beloved stars, including the four-part docuseries by Earvin “Magic” Johnson “They Call Me Magic”; the Emmy-nominated documentary ‘Billie Eilish: The World’s a Bit Blurry’; the film “The Velvet Underground” nominated for the Critics’ Choice Documentary Awards; the acclaimed documentary honoring iconic Academy Award-winning actor, filmmaker and actor Sidney Poitier, “Sidney”; and the recently announced untitled feature films about the lives of beloved actor and lawyer Michael J. Fox, and legendary actor and comedian Steve Martin.