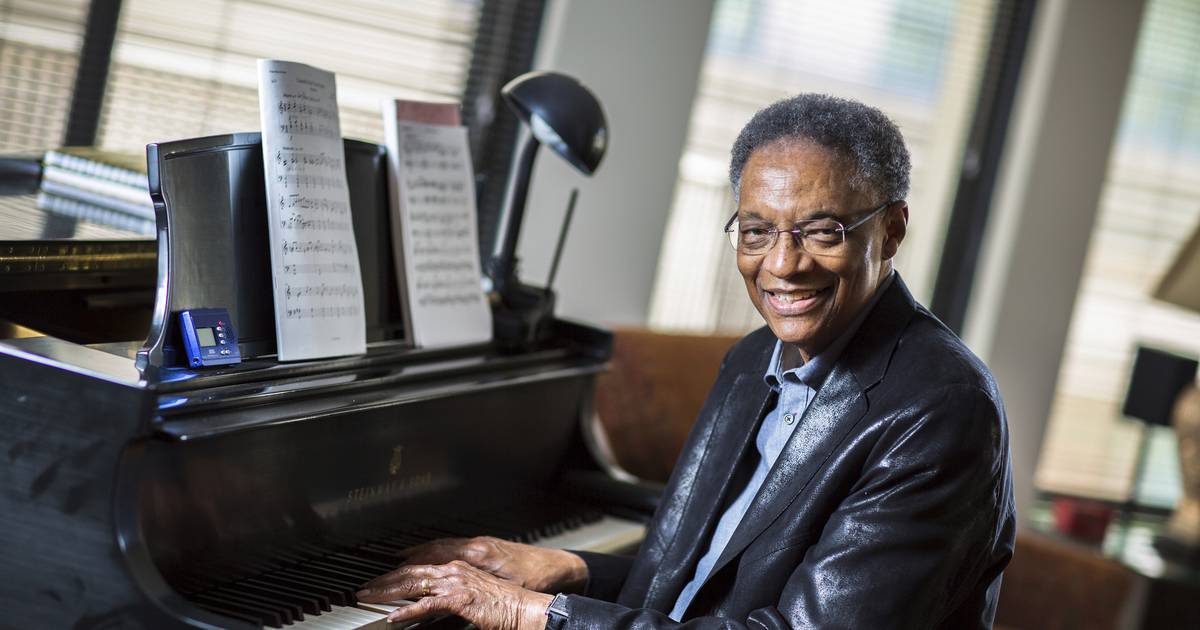 A remarkable jazz musician from Chicago

Ramsey Lewis, one of the world’s foremost jazz pianists, died Monday at his Chicago home at the age of 87. His career ranged from concerts by his trio at the club to the presentation of symphonic works in large concert halls. He scored pop hits while maintaining a high level of artistic integrity. Lewis had a brilliant touch on the Steinway grand piano, but he also played electric grooves that several contemporary DJs sampled. But his legacy extends beyond his own performances.

A tireless jazz advocate, Lewis has hosted a long-running radio and television program. He also taught many young musicians who were his bandmates or students. At the time of his death, Lewis was working on his memoir, “Gentleman of Jazz,” which is slated for release in 2023. (I served as his collaborator as a co-author on the book.)

Lewis’ story showcases an incredible trajectory that has gone from a childhood in Chicago’s Cabrini-Green projects to world fame. His open approach to music, combined with his talent and dedication, has led to endlessly surprising avenues. Through it all, Lewis remained a Chicagoan.

Music was an integral part of the Lewis household. His parents loved classical composers and he was eager to start playing the piano around the age of 4. Along with his lessons, he also performed in the African Methodist Episcopal Church where his father was a pastor. This combination of gospel feeling and classical technique was seen throughout Lewis’ career. His mastery of dynamics also stems from these first encounters.

One of the members of this church, saxophonist Wallace Burton, brought the teenage pianist into his jazz group, the Clefs. It was his first experience with this kind of music. He quickly got into it and the band evolved into The Ramsey Lewis Trio with bassist Eldee Young and drummer Isaac “Redd” Holt. In 1956 they released their first album, “Ramsey Lewis and His Gentle-men of Swing”, for Chess Records. He went on to release 36 albums with the Chicago company that reflected his vast palette: embracing JS Bach, blues, country and movie soundtracks.

The trio was also active in the nightclubs of the early 1960s, with regular dates at Chicago’s London House. But a 1965 residency at The Bohemian Caverns in Washington, DC, took Lewis’ band into a different realm. As a lark, they took over the R&B track “The ‘In’ Crowd” to close this live recording. To everyone’s surprise, the single became a crossover hit, reaching number five on the Billboard pop chart. This status remains a distinctive achievement for an instrumental jazz band.

When the trio broke up in 1966, Lewis hired bassist Cleveland Eaton and drummer Maurice White. He encouraged the latter to overcome his shyness on stage and present himself more to the public. Years later, White did just that as the frontman of supergroup Earth, Wind & Fire. Even with his stardom, White remained close to Lewis and praised the pianist in his 2016 memoir, “My Life With Earth, Wind & Fire.”

“Ramsey readily answered my questions; he was always interested in expressing how black people should behave,” White wrote. “He believed in speaking intelligently, being dignified, respectful and yet strong. He didn’t just talk, he followed the march.

Lewis also met another key collaborator around this time, composer/producer Charles Stepney. Like the pianist, Stepney was immersed in classical music, but also had his own experimental ideas, including striking arrangements for strings and bringing in the latest keyboards and electronic synthesizers. Together they created records such as Lewis’ 1968 “Mother Nature’s Son”, a singular take on the Beatles’ self-titled album of that year.

After Chicago’s Chess Records disappeared around the turn of the decade, Lewis moved to Colombia and brought young musicians with an R&B background into his bands. His mid-1970s appearance on “Soul Train” highlighted the appeal of his sound to dancers as well as listeners. White helped design “Sun Goddess” in 1974, which was another big seller. The album’s contagiously brilliant spirit reminded Lewis of what he experienced in church while providing succinct spaces to improvise. Lewis and his colleagues leaned into African and Latin idioms as well as electronics for “Salongo” two years later. The subtle offbeat humor of these records was also part of his endearing personality. He was held in such high regard that Stevie Wonder contributed two tracks to Lewis’ 1977 album, “Love Notes.”

Still, Lewis eagerly refocused on acoustic piano in the late 1970s. During the 1980s, he briefly reunited with his original trio for an album (“Reunion”, 1983) and also began working with the singer Nancy Wilson and pianist Billy Taylor, who became his lifelong friends.

Taylor helped inspire Lewis’ involvement in various media, including hosting the popular radio show “Legends of Jazz” on WDCB and “Jazz Central” on cable network BET in the 1990s. In addition to impeccable taste of Lewis, he was confident and enthusiastic in his knowledge and was a generous host. Lively and witty, he exhibited a loose sensibility while being scrupulously organized.

These attributes served Lewis well when he began leading the Jazz at Ravinia series in Highland Park in 1993 (Lewis has performed frequently at Ravinia since 1966). He brought a range of musicians to the site and made a significant impact through Ravinia’s Jazz Mentor program, which brought educators and leading musicians to Chicago-area public school students.

In the early 2000s, Lewis could have easily rested on his accomplishments and continued touring with his extensive catalog of hits – or simply rested after recording over 75 albums. Instead of resting, he busied himself with daring new pieces, including “To Know Her”, a collaboration with the Joffrey Ballet. He received many accolades during this time, including being a National Endowment for the Arts Jazz Master in 2007. Lewis’ most ambitious “Proclamation Of Hope” premiered two years later. It is an epic that he created with the composer Scott Hall which draws on all his experiences for an orchestral reflection on the life of Abraham Lincoln.

While Lewis announced his retirement in 2019, nothing stopped him from playing. During the COVID-19 pandemic lockdown, he aired solo performances with viewers’ donations to charity. Some of them will be released in November as “The Beatles Songbook: The Saturday Salon Series: Volume One” (Steele Records).

As Lewis always moved forward, co-writing his memoir became an opportunity for him to play some of his albums and TV appearances he hadn’t thought of in decades. He gave his responses to my selections with looks of pure joy, a response similar to the millions who have heard his music.