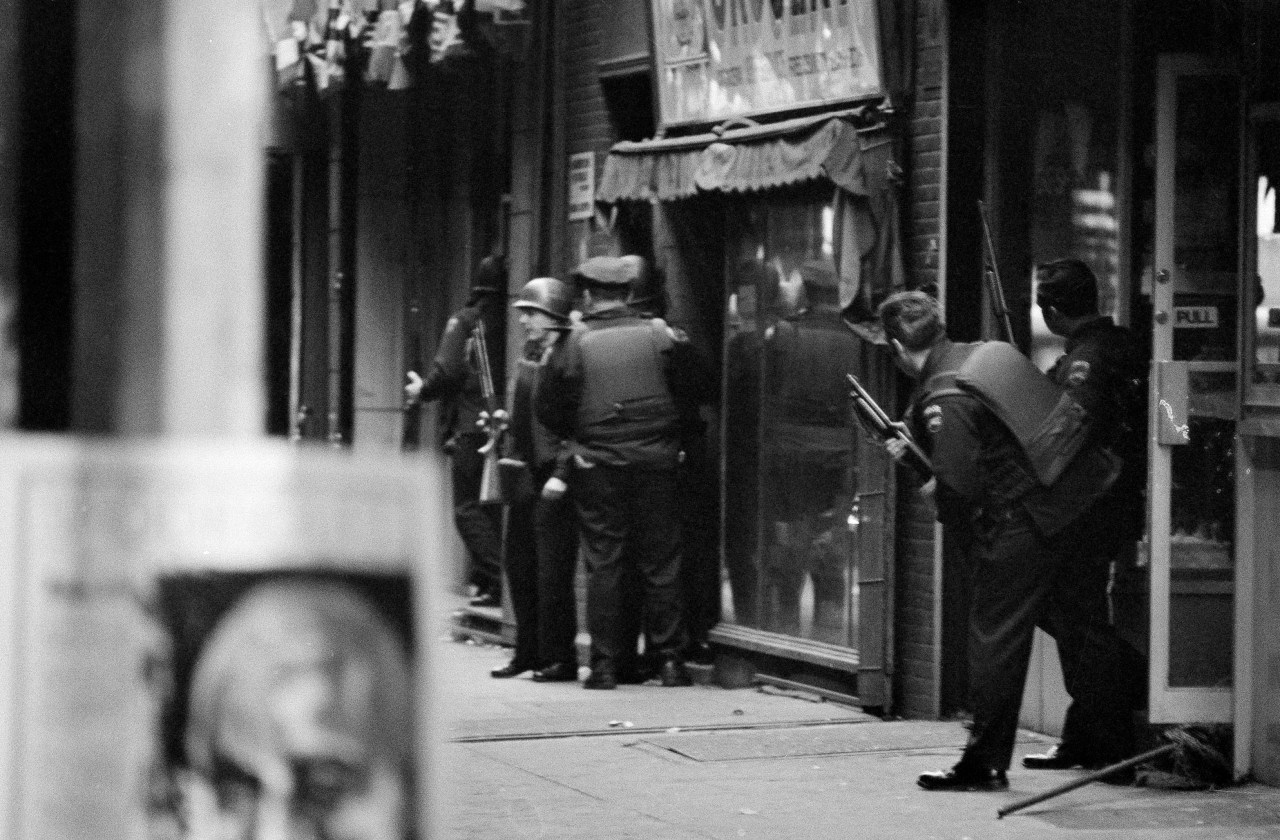 This is an archived article and the information in the article may be out of date. Please look at the timestamp on the story to see when it was last updated.

NEW YORK (PIX11) – A new documentary film, ‘Hold Your Fire’, tells the story of a hostage siege in Brooklyn in 1973, when four young Muslim men entered a sporting goods store to attempt to steal firearms.

It quickly turned into the longest hostage siege in NYPD history, after a police department psychologist arrived on the scene, determined to talk to the men and avoid a bloodbath; 47 hours later, the young men came out. The first hostage negotiation team was born.

Shu’aib Raheem was one of four young men locked in the sporting goods store after a robbery gone horribly wrong. He claimed they wanted to get guns to defend themselves after a massacre against Muslims the previous night in Washington DC

At a Brooklyn screening on Monday night, presented by Rooftop Films, he said he is here to tell this story by the grace of Allah and that it is especially important to do so in the community of Brooklyn where this happened.

The documentary film is directed and produced by Stefan Forbes. He said the film was not only a thriller, but also the birthplace of hostage trading and an epic New York story.

Five hundred cops surrounded the store and after three hours of shooting, NYPD psychologist Harvey Schlossberg began talking to the young men who were holding 11 hostages.

Schlossberg didn’t look like a cop; he didn’t act like a cop, but he had his doctorate. in psychology. He believed in speaking up and in influencing people without intimidating them.

Jack Cambria, a hostage negotiator with the NYPD for 14 years, now uses parts of the film for teaching. He says this film is significant on many levels.

This hostage taking was the last of four incidents during this time that led to the first hostage negotiation team worldwide. People realized there was a way to use words before tactical force was needed.

Forbes said being able to tell Raheem’s story of his incredible journey is something that affects us all. Raheem said there was a message about ways to resolve conflict through conversation and conversation rather than violence.

Ultimately, Officer Steven Gilroy was killed and two other officers were injured. It is still unclear who fired the fatal shot, according to witnesses. The four young men were prosecuted on several counts.

Raheem was released from prison in 2010 on parole after serving 35 years. He is now a trauma consultant and founder of the Jawala Scouts leadership training program.

IFC Films’ “Hold Your Fire” is set to be released on May 20.